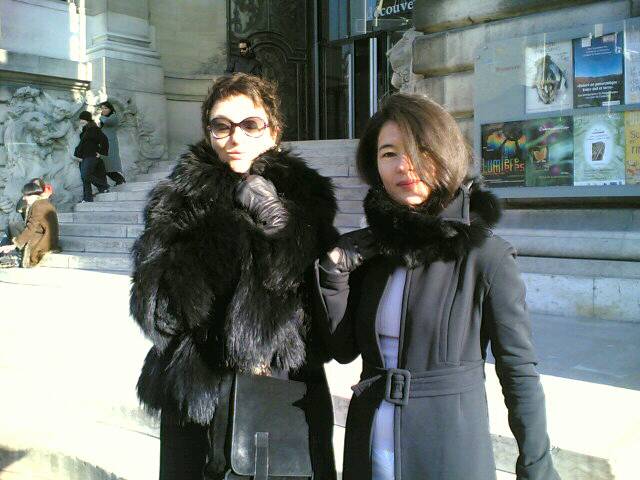 Marie France and Denyse from la-couture.Com

I had a nice chat with the two of them outside of the Felipe Oliveira Baptista show. Denyse said that she had been waiting for a designer to bring back Cardin. We both felt that Helmut Lang was definitely in the air with the asymetrical harness. Marie France really liked it.