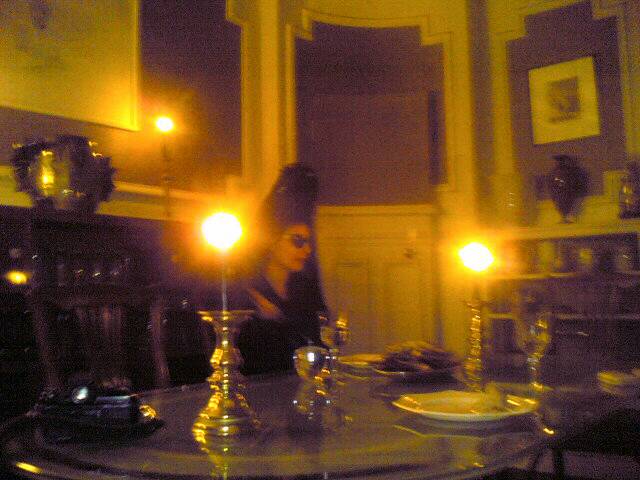 Sat 17/12/2005 20:42 DianePERNET(846) Bart Julius Peters never shoots in color but I asked him to take this with my phone so I could have a momeory of our little photo shoot. He told me something tonight about a man that used to be a spy and was outed by a newspaper, he had to change his job because of it. The man in question wanted to find a profession where he could use his skills as a liar, a thief and someone that stabs  people in the back….he became a very successful art dealer.