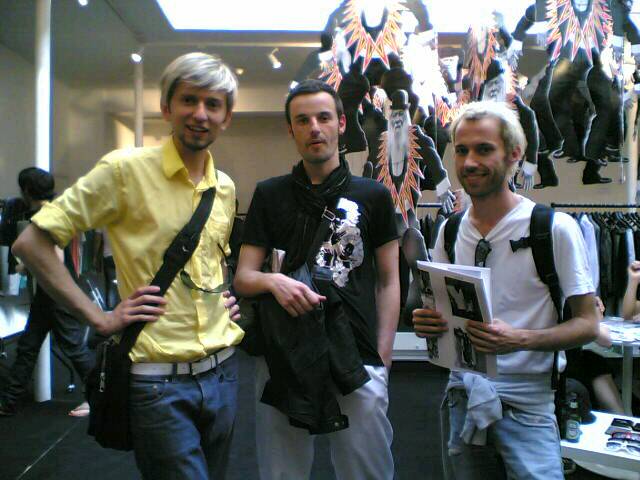 Bernard Willhelm made some amazing sarong like trousers and did a lot of pink. It was a rather black street mode mixed with modern day karate looks and more. We were all melting in his space. Will post images later.