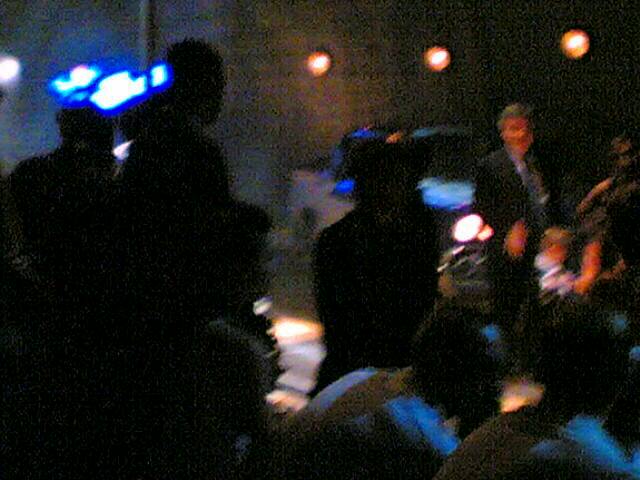 Fri 01/07/2005 19:52 DianePERNET(633)
I did not have a very good seat here, but…I did have a seat and it was pretty far away and low light so expect some really ‘flou’ images but out of focus atmosphere shots are better than nothing at all, do you agree? If not, look no further. John Galliano had the fashion crowd follow him to the outskirts of Paris. For an hour he played the same song, Bojangles, personally I didn’t mind it at all since when I like something I don’t get easily bored.

The first group of John Galliano was my favorite. A series of black musicians and well dressed guys looking like they were coming home from church in Harlem paraded out playing their hearts out and I must say really touching mine. They had on over sized tuxedo jackets, hats, a super great black umbrella with bows and the music was transporting. Loved it. More later, Diane