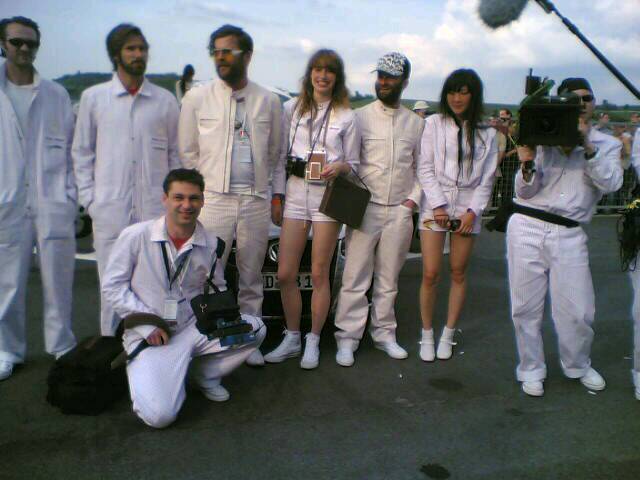 Matthew Mulhall, the groomer, he kept every one’s spirits up in the support van, Sebastian Kaufmann, producer, Mark Eley “star designer/race car driver, Linda Beecroft, polisher, Jason Maclean, co-pilot to Mark, Yoon Hee, polisher, Grischa Schmitz, camera, they called him aggression but I’m not sure why, kneeling down is the director, Tilman Zens. Missing are Frank, the sound and Daniel the co-producer.