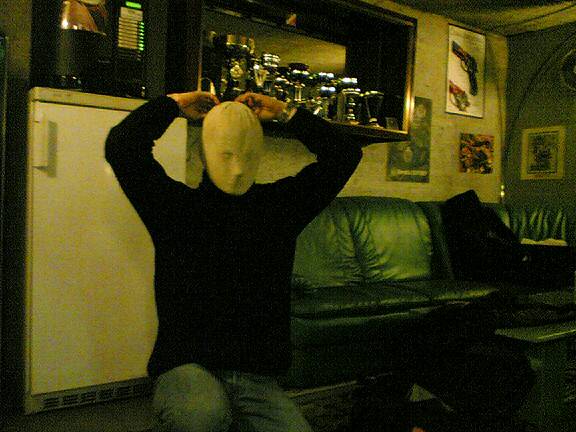 Aurore Tome, who’s beautiful face you will never see in the film as she is wearing the mask that David is trying on. If all actresses had her talent and positive energy film-making would always be a pleasure. Obviously Aurore was the star of the film.