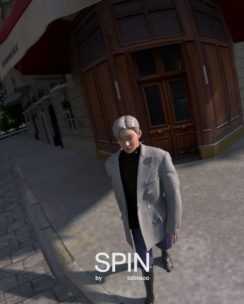 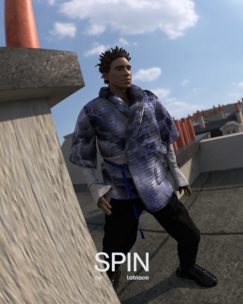 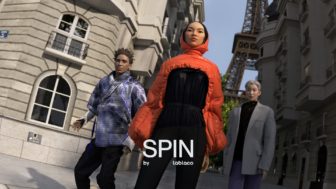 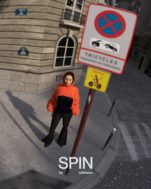 Over the last handful of years — and while some of us are still searching each new term — the ubiquitous influence of Web3 and the metaverse has touched nearly every sector of the luxury market. Catching on early to the opportunities apparent within the growing new structure, lablaco’s team launched their annual CFS Summit in 2019, an incubator for new sustainable solutions.

For its fourth iteration, CFS Summit, the world’s largest annual VR gathering dedicated to luxury fashion, culture, and technology, is meeting on 8–11 December 2022 at the digital twin of the Grand Palais Éphémère in the SPIN metaverse.

The theme for this year’s summit is Render The Phygital Reality. From sneakers to art, the use of phygital retail – where a product or environment exists both physically and digitally – is on the rise. #CFS22 will explore how to unlock this rapidly evolving world with a focus on phygital technology’s ability to (1) achieve circular retail models, (2) design inclusively and efficiently, and (3) connect company culture to the creative zeitgeist.

The inauguration of this year’s grand opening ceremony will include the Executive President of the Fédération de la Haute et de la Mode, Pascal Morand; and the Head of Digital and Multimedia at Grand Palais, Roel Amit; together with Lorenzo Albrighi and Eliana Kuo, Lablaco Co-Founders and Co-CEOs.

Over the course of the four-day #CFS22 event, guests are invited to engage in open discourse with industry peers and attend panels and workshops, which will explore culture, elevate fashion, and embrace science.

Attendees will also have the opportunity to engage in avatar-to-avatar VR networking at the Grand Palais Éphémère in the SPIN metaverse. To perfectly translate the beauty and history of the Grand Palais in virtual reality, 3D lidar scans of the building architecture have been produced and transformed into a 1 of 1 interactive phygital NFT co-owned by the French Government and lablaco.

“We are grateful for our third year of partnership between CFS and the Grand Palais, hosting the Summit entirely in virtual reality in the Grand Palais Éphémère digital twin, and in the form of a phygital NFT in the SPIN metaverse. We are actualizing our mission at lablaco to build a digitized and connected circular fashion industry, collectively alongside almost 100 cross-industry partners around the globe,” says Lorenzo Albrighi, Co-CEO and Co-Founder of lablaco.

“Web3 and Circularity are going to be two strong focuses for most of the luxury and fashion companies in 2023. This year, with “Render the Phygital Reality”, we are honored to have the most promising experts in the field to share their current development and solutions within web3 Fashion, Culture and Science spaces. We believe it will spark meaningful collaborations and kick off a clear path towards a digitized circular economy for fashion at large in the next few years,” says Eliana Kuo, Co-CEO and Co-Founder of lablaco.

CFS is the Web3 hub to fashion, science, and culture. Through three major touchpoints: media, events, and consulting, CFS is forging the Web3 circular fashion system for the next-gen community. Connecting a network of key stakeholders from each portion of the fashion industry, CFS offers innovative solutions to its biggest challenges: waste, inequality, and cultural disconnect. CFS fosters sustainable growth by utilizing results-driven approaches to impact design, rethinking the limits of production, and transparency via blockchain.

lablaco is a universal platform connecting stakeholders in a multi-dimensional circular economy for luxury fashion, culture, and technology. Lablaco is enabling fashion evolution through open discourse, impact design, and ownership, powered by blockchain. Through phygital art, fashion, and culture we are redefining the relationships between suppliers, designers, brands, retailers, content creators, and individual customers with transparency and circularity.

SPIN is the leading phygital NFT metaverse for fashion, art, and architecture. Calling on blockchain, augmented reality, and virtual reality, SPIN enables companies to implement circular business models and end-to-end transparency. The curated Web3 marketplace empowers verified creator accounts to list and tokenize phygital NFTs with traceable digital ownership. SPIN is accessible through web platforms and in virtual reality where we host activities including CFS Summit, fashion’s premier Web3 gathering. SPIN is a playground for fashion lovers and industry insiders alike to discover, engage, and expand their knowledge of Web3.