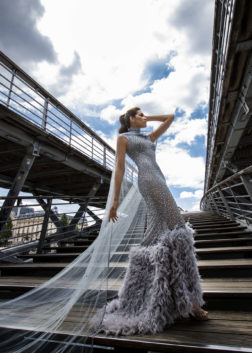 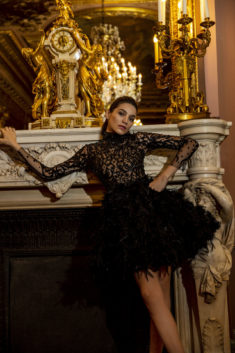 Rayan Al Sulaimani is a young couture designer from Dubai with big dreams. Her mother, Mouza Al Awfi, was a business woman that created a fashion house  in 2015 that became the desired destination in the Middle East, when Rayan took over the business a few years later she renamed the atelier in honour of her grandmother – Zuhra.

Omani heritage plays a big part in the creation, the main headquarters are in Dubai with a brand boutique at the Royal Opera in Muscat, Oman. Rayan dresses the Royal Families in the United Arab Emirates  and is considered one of the top forty “Women behind Middle Eastern brands” by Forbes Middle East. Rayan would like to be known in Paris as she is in the Middle East. For now she is happy dressing the Royal Families, couture clients, Bollywood stars and seeing her designs walking the red carpet in Cannes and beyond.