Bora Aksu’s spring23 season began with a one-minute silence for the Queen, accompanied by a drummer marching through the hall of the London Scottish House, opening the runway to present Aksu’s in-coming warriors.

The first pieces to come down the runway seemed to present a different aesthetic compared to the one we were used to seeing from the designer. Military jackets and coats, medallions, shako caps demonstrated the tougher side of the brand, while the frilly dresses which followed after brought us back to familiar territory.

As if some models were ready to take on the world, while others were awakened from a dreamy sleep, the source of inspiration for this season came from the fantasy world created by the American writer Henry Darger, in his depicted tale about the brave Vivian girls, who fought forces of evil with their kindness and innocence to save children.

Romantic and nostalgic silhouettes in juxtaposition with the masculinity of the military influences created a forceful aura. Exaggerated puffer sleeves, thick ribbons, tiered ruffle layers, intricate lacing, polka dots were in synch with the image of the Bora Aksu warrior woman, one that displays innocence and sensitivity. In an interview with Vogue, the designer expressed “You don’t need to be tough to fight, innocence can be a force for good in the world too.” 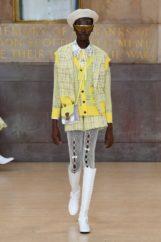 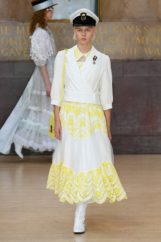 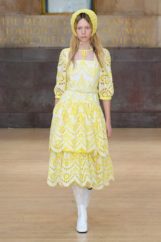 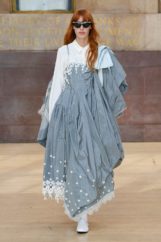 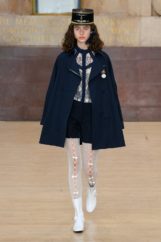 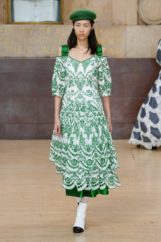 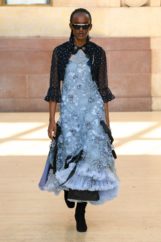 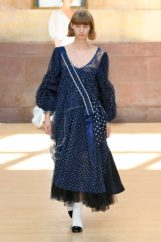 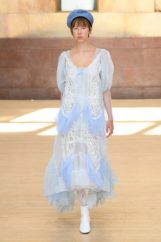 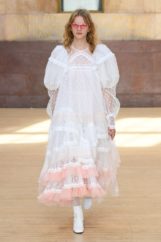 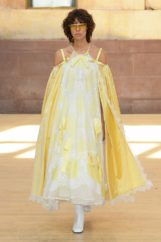 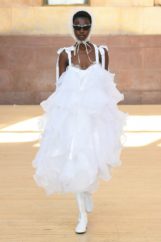