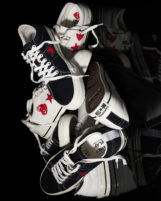 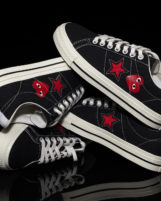 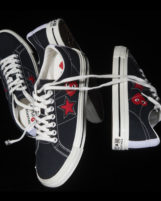 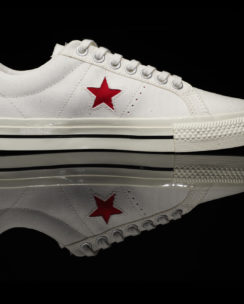 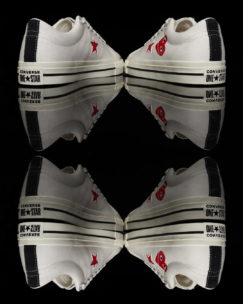 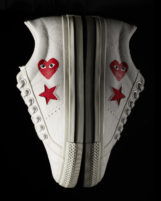 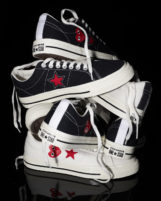 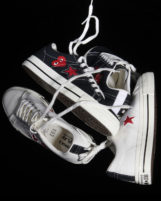 In 1974 One Star launched their basketball sneaker which became a staple of the youth culture and re-introduced it in 1993. At that point it gained a new status this time adopted by skaters, retro-sneaker enthusiasts and key players in the grunge scene. The fact that Nirvana’s Kurt Cobain and skate legend Guy Mariano wore the sneaker cemented it as one of Converse’s most iconic releases.

Converse and PLAY have updated the One Star with the Comme des Garçons iconic heart and eyes logo with the sneaker’s signature cut-out star design on black and white canvas. Other than that the design stays true to its timeless look with the minimalist palette and classic construction with contrast pinstripes and heel stays.

The campaign is the result of co-creative directors Ronnie Cooke Newhouse and Karl Bolander and photographed by Craig McDean.