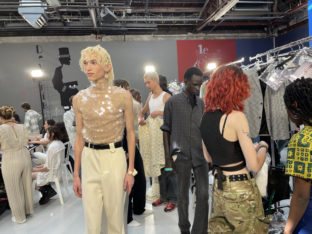 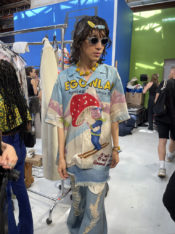 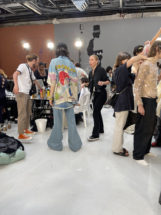 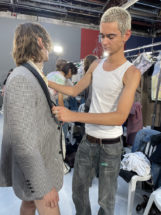 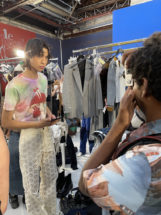 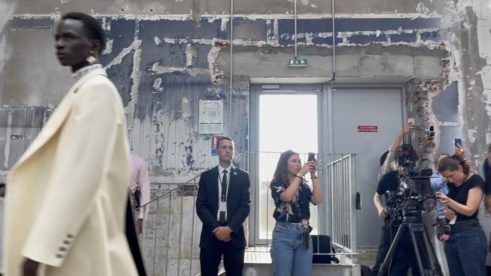 “But then, says Alice, if the world has absolutely no meaning, what’s to stop us from inventing one?” and so…that is exactly what the team behind Egonlab did this season. From the moment you arrived at the show you were greeted by a giant mushroom and I think it was an eggplant, sweets were on offer as well. I went back stage before the show with my friend, the journalist Tina Issac. and understood that after the past few years we all experienced it was time for a bit of lightness, sparkle, color and just plain fun. Their signature skirt/trouser combination was there in their all-purpose denim, perforated or torn, ready to dance the night away among the mushrooms and flowers. Looks were made for escape, sequins on top or mixed with bubble wrap effects. the word is…follow the blue rabbit. Enjoy your clothes, party, have fun, its all about an open air party, far from reality and they encourage you to escape into the acidulous world. Dream.