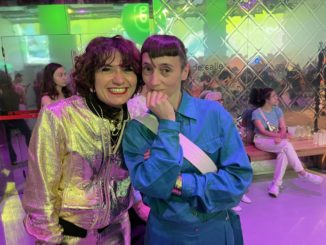 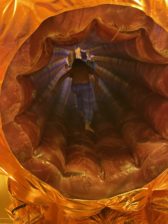 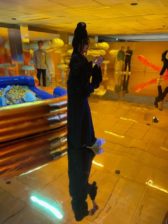 For the 10th anniversary of the Gaîté Lyrique the artist Nelly Ben Hayoun was given carte blanche. The result was  Shiny Gold an immersive experience that invites the visitors to just have fun. You either have to take off your shoes, no high heels allowed, or dress your shoes in little shower caps.