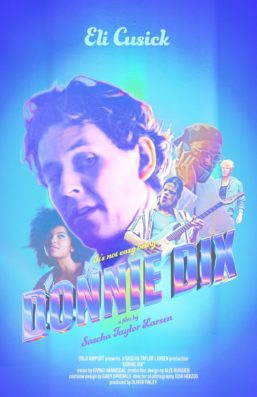 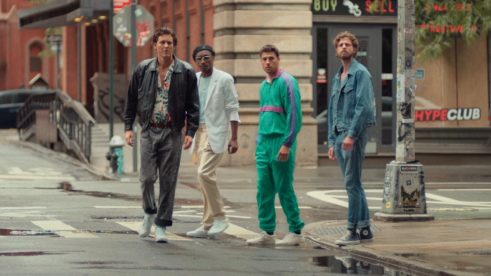 Donnie Dix is a tribute to the brashness of the 80s. Directed by Sascha Taylor Larsen and produced by Oliver Finley, it is a parody of the type of naive self-obsession which characterised this period in our cultural history. The main character, played by Eli Cusick, embodies the absurdity of an era filled with excess. He represents a particular type of machismo coupled with a total lack of personal accountability. In just over three minutes, Donnie Dix’s character arc unfolds as he moves from total self-assurance to an increasing self-awareness, then the self-doubt which ultimately paralyses him.

The singularity of this music video is that the whole concept stems from the lyrics, written by Taylor Larsen himself. These lyrics reflect a young man who exudes self-assurance, but underneath it all is riddled by self-doubt. Based on this vision, Taylor Larsen asked award-winning composer Eivind Hannisdal to create a sound reminiscent of Jan Hammer’s Miami Vice soundtrack but filled with irony. Hannisdal recreates an authentic 80s sound with live musicians and Taylor Larsen’s humorous lyrics are further exaggerated by this use of the 80s sound.

Donnie Dix is currently touring across the international awards circuit, with the first screening taking place at the Academy Award® qualifying Norwegian Short Film Festival in Oslo between  June 8 – 12, 2022.

STL: For this I focused on machismo and excess because that’s the sort of cultural framework Donnie Dix would know and embody. In one of the scenes in the bedroom the posters behind Donnie Dix are of Warriors (1979) and The Terminator (1984). Other references include Miami Vice (1984-1989), Beverly Hills Cop (1984), Karate Kid (1984), Saturday Night Fever (1977). Artists like Robert Palmer, Huey Lewis and the News, The Pointer Sisters, Michael Jackson, Lionel Richie. Authors like Stephen King, Martin Amis and William Gibson I think help define someone like Donnie Dix. I know for me they have served as valuable lenses to a period in our cultural history that I didn’t experience.

NM: You can tell you paid a lot of attention in recreating this world through the production design. Can you tell us how you worked with, how you briefed them and how they went about interpreting your vision?

STL: I was very fortunate to work with the very talented production designer Alee Ruggieri. We initially discussed who Donnie Dix was, what his references were and what kind of apartment he would live in. Luckily her boyfriend Daniel Seyler works as a set painter so we could transform my entire apartment to look like the character’s. Alee drew a lot of inspiration from old 1980’s Ikea catalogues and postmodernist design. She really did a wonderful job in coming up with different suggestions for where we could take the project and she was instrumental in defining who the character was.

NM The choice of cast plays a vital role in every production. What stood out about the main character that embodies your idea of the 80s?

STL: Donnie Dix represents a certain masculine pride that seems very prevalent in the 80s, but which we’re questioning today. I wanted to take the idea of a traditional heartthrob of that era and turn it on its head, to show his darker sides and explore who was underneath all the confidence he exuded. Eli Cusick did a great job in portraying both sides of the character as both the self-assured young man and the shameful and discouraged version of himself.

NM: How would you define your aesthetic?

STL: Playful, colorful, energetic are some words that come to mind. I’m concerned with the intersection between drama and comedy and I hope that comes across visually. The aesthetic of this is the result of many people and not just my own preferences, but an amalgamation of many perspectives. This is what made the project fun to make and hopefully fun to watch too.

NM: Can you share with us what you will be working on next?

STL: A few different things. I’m working on a feature that takes place in New York in the psychological drama/thriller space. I’ve also written a new song that will further my collaboration with Eivind Hannisdal, which I’m hoping to make in Norway very soon. There are a few other passion projects that need some polishing before I get into details but that I’ll continue thinking about and working on.

The moral dilemma of Donnie Dix is very relatable. His struggle is the conflict between his belief in himself as a principled person and the harmful consequences of his actions. At the end of the day it’s about questioning the foundation for one’s confidence. In Donnie Dix’s case he imploded because he realised that he was more form than substance.