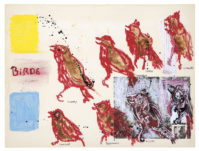 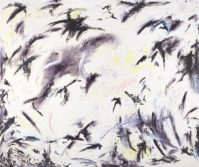 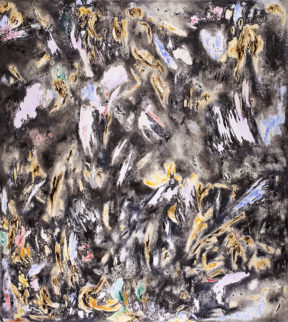 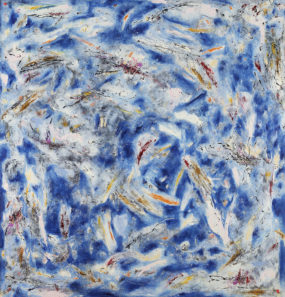 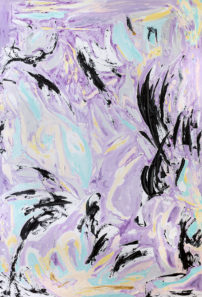 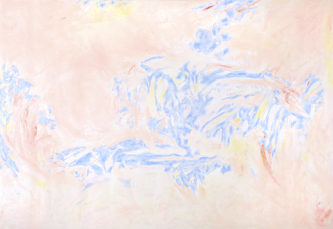 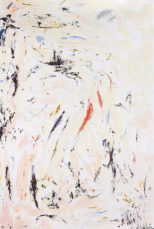 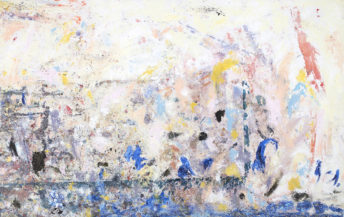 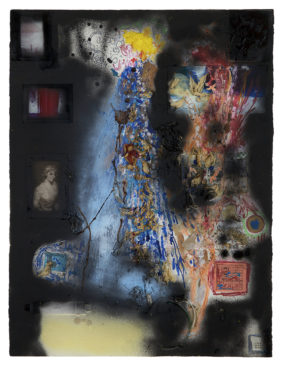 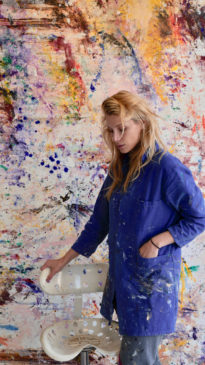 Eighteen months of breakups – the end of the Beatles, the separation from Yoko Ono, the relationship with May Pang – but also eighteen months of friendship, love and America with a
capital A – from the New York penthouse to the Santa Monica beach house. Of lights, music and words. During this parenthesis, the musician lost and found himself. A bit of musical legend: this is John Lennon’s Lost Weekend, from which he returned with the gold of Walls and Bridges in his hands.

In The Lost Weekend, her exhibition at the Galerie Charraudeau, Marie de Villepin sends us postcards from this moment suspended in time, a confrontation with the years she spent
living in the United States, a mosaic of fragments from the past.

Lost and Found: this weekend is an appeal to reclaim possession of the past, to reconquer imaginary territories. Marie de Villepin re-appropriates her path, her journey, her hours of wandering. She asserts her mythical origins, her obsessions – but from which sky do all these birds fall, like meteor showers? – her forays into diverse domains, fashion, cinema, music… she has passed through everywhere like a gust of wind, head in the storms, leaving a footprint like a bird in wet sand, but in too much of a hurry to take it with her.

Three years ago she had her first exhibition in Paris it started with a jazz rhythm, music continues to be interwoven into her work, the Lost Weekend has a seventies tonality merging joy and sadness, peace and momentum crossing paths with the Beatles, the Beach Boys, Janis Joplin and following Jefferson Airplane’s white rabbit into  the underground galleries.

Daughter of the French Prime Minister Dominique de Villepin, Marie de Villepin is the Paris-based model and artist. “The Lost Weekend” is her first solo show since 2019. Marie de Villepin was born in Washington, D.C 1986 and grew up in the US and India. She started developing her art and musical skills at an early age. In 2005 she moved to New York and then Los Angeles, where she developed various musical projects before devoting herself full time to painting.

Having participated in a number of group exhibitions in New York, Los Angeles, Beijing, and Hong Kong, in 2019 she presented her first solo exhibition titled New Creatures, which marked her return to Paris. She is currently working as a part of the artist collective of Poush Manifesto (Paris). She is currently based between Paris and New York.