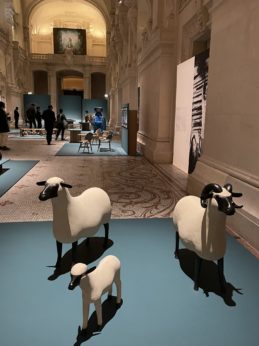 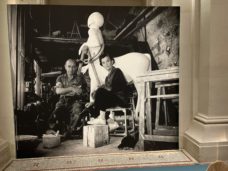 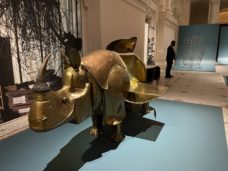 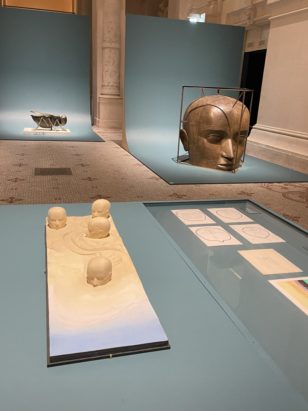 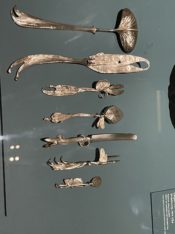 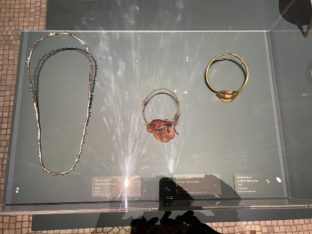 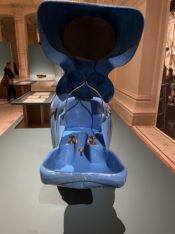 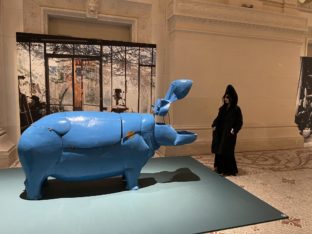 My morning started out with such beauty seeing the ordinary functional objects turned into sheer beauty. A hippopotamus made out of polyester resin, fiberglass, brass, copper and steel works as the most extraordinary sink. Eleven years after the death of Claude Lalanne in 2019, nearly 11 years after the passing of Francois-Xavier, the Lalanne family proposed an ensemble of artworks by their parents, presented in this exhibition, in acceptance in Lieu of death tax duties. Under French law, artworks that represent an important national heritage may be accepted by the State in payment of succession taxes: one names them dations. This Dation includes 54 works – 16 sculptures and 38 drawings- representative of the work of Claude and Francois-Xavier Lalanne.

There is a balance between unique works and multiple editions reflecting the spirit of collections held at the Musee des Arts Decoratifs. Claude and Francois-Xavier were considered a unit in the eyes of the public and both drew inspiration from nature and animals. Majestic sculptures have function and purpose like the aforementioned hippo sink or the fly as a toilet or the hippo desk. The collection includes the gold Bouche  necklace, the Ronce necklace, a piece of silverware from Lolas set by Claude Lalanne. The age old mission of MAD is “to keep alive in France the culture of the arts which seek to make useful things beautiful.”

Of the sixteen pieces in the exhibition, nine are the work of Francois-Xavier Lalanne and include two unique creations: La Mouche 1966-67 and Hippopotame 1966-69 which incorporates a sink and a bathtub. The monumental work of Francois-Xavier shows his sense of poetry and humour. The seven works by Claude Lalanne includes her Ginkgo furniture 2010-2018, composed of a table , a bench and a pair of chairs echoing the aesthetic of the 19th century and Art Nouveau. Drawing from Surrealism is the The Man with the Cabbage Head which inspired French singer Serge Gainsbourg in the late 60’s.

P.S. If you still have not visited the Thierry Mugler exhibition you only have until April 24th so….keep that in mind.