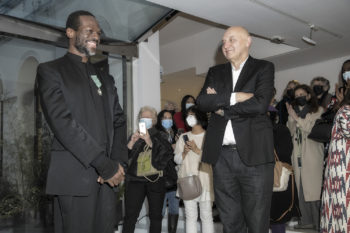 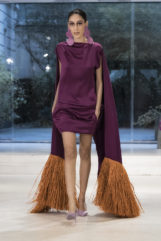 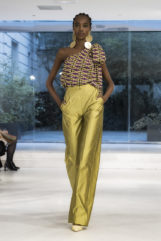 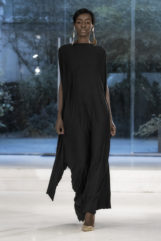 The Haute Couture Paris Fashion Week closed on an emotional note with Imane Ayissi officially being made a Chevalier de l’Ordre des Arts et des Lettres. Imane Ayissi started his career as a professional dancer then turned model while slowly building his sustainable luxury brand. All of the materials are natural and organic, one textile is made from bamboo fiber. After years of attempts to be accepted by PFW, in 2020 he was invited to join the official calendar of Paris Fashion Week.  Ayissi is the first African designer to have the official “couture” label and thus has become an Ambassador to the world for African design.

Highlights from the collection include the raffia fringed pieces and the designs that were made out of appliqué block lettering stitched together to create graphic gowns and a series made out of bright green Calais lace.