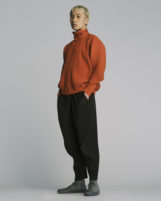 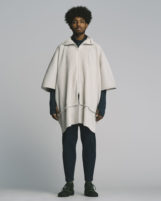 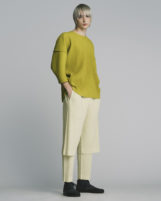 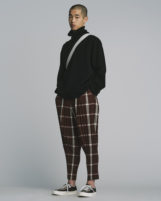 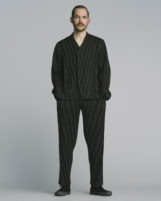 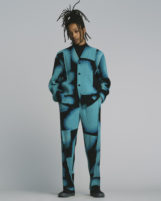 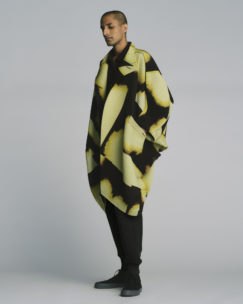 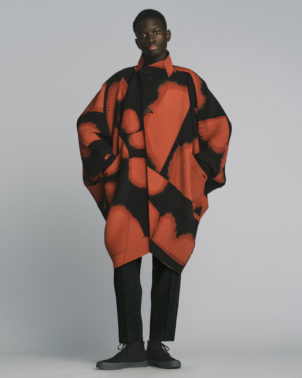 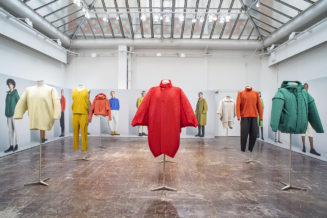 The point of departure for the Issey Miyake Homme Plissé  collection was the tent, the light passing through the tent and the construction of the tent in the context of the construction of a garment. Satoshi Kondo and his team considered the portability of the garment, how does it fold in the most compact way so that it could travel with you. The new style of trouser is called  Arc and has curved seams. A series that I especially appreciated were the pieces in the printed series named “Lantern,” the pattern was inspired by the light shining through the tent as witnessed from outside of the tent.

Along with the installation, there was a short film which examined the foundation of the collection.