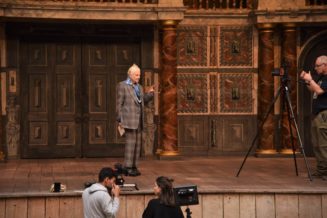 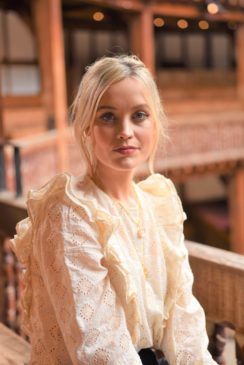 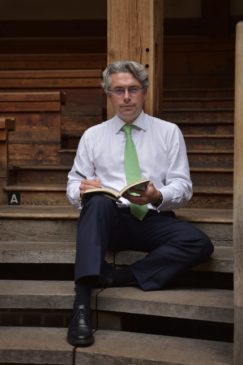 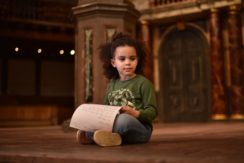 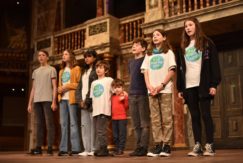 A new short film of Fashion designer and activist  Dame Vivienne Westwood  reading her ‘letter to the earth’ has launched -filmed at the iconic Shakespeare’s Globe theatre ahead of COP26.

Letters to the Earth is a creative campaign that since 2019 has been receiving letters in response to the climate and ecological crisis from thousands of people worldwide; with over 100 published by HarperCollins in an award-winning book introduced by Emma Thompson and featuring Yoko Ono.
Fashion designer and activist Dame Vivienne Westwood, who for decades has used fashion as a vehicle for activism to stop climate change and mass extinction of life on Earth, in her Letter announces the plans of her Climate Revolution campaign. In her only public appearance and statement ahead of COP26, she advocates for a land-based economy, by re-wilding; aiming to open up the land corridors for wild-life.
Vivienne Westwood, is just one of the people to feature in this series of short films and who have written their “Letters to the Earth” for this important campaign pre COP26 activity – she is joined by amongst others UN Goodwill Ambassador and Love Island presenter Laura Whitmore, Skins star Freya Mavor, the Britain’s Got Talent Semi-Finalists the SOS From the Kids Choir, Booker Prize winner Ben Okri and his daughter who all read their ‘Letters to the Earth’ to camera for a series of short films that have and will be aired digitally before COP.
“The word economy means ‘household management’. Earth is our home, so on a global scale economy means sustainability. We don’t have that. We have no future. We have a financial $ystem based on perpetual Trade War & Competition… True economy is based on the value of land. “Land belongs to NO ONE””
Vivienne Westwood

Since 2019, Letters to the Earth has inspired thousands, including children as young as 3 through to great-grandparents, scientists, politicians, teachers, nurses, writers and artists such as Yoko Ono, to put pen to paper and express their fears, visions and hopes for the future, in response to the climate and nature crisis. People worldwide have been sharing their messages via text, picture, song, drawing and video using the hashtag #LettersToTheEarth.

The campaign’s release of Letters from 25th October, one week before COP26, aims to amplify calls to action worldwide for people everywhere to speak up for ambitious action on climate change. People are invited to write and share their own Letters and messages by video, on social media and by post until 12th November so as to be heard during this historic political moment.

A ‘Letter to the Earth’ can be to or from the Earth, another species, person, place or the future. It is an opportunity for people to express what matters to them and their vision for change.

Joining the call to action are 30 CEOs and business leaders who, thanks to a joint initiative with Business Declares and Vivobarefoot, are offering “a more human and heartfelt perspective of people behind the key decisions at COP26” (Jon Slack, Campaign Coordinator Letters to the Earth).

The campaign will culminate at and during COP26, where all Letters received will be distributed en masse and performed and read at events during the Conference. Delegates, business leaders, indigenous leaders, youth activists and Glaswegian locals are all invited to take part, with many more Letters being read to camera for release during the conference.

On 5th November, 3 – 4.30pm, at The Brigaitt in Glasgow, Letters to the Earth will host a public performance reading of a curated text of Letters with special guests to be announced, followed by the opportunity for the audience to write their own Letter and an open mic.

​​On 7th November, in collaboration with campaign partners Grounded and Vivobarefoot, Letters to the Earth will host a workshop for leaders across sectors, including a group of indigenous leaders from delegations including The Mother Earth and Minga Indigina. The event will take place at the former Bank of Scotland building, which is taken over by Hub Culture & Bill McDonough as a ‘hub for innovators to heal the climate while designing for sustainability.’  Invitees will write their Letters to the Earth sharing their thoughts, feelings and hopes in the midst of the climate & ecological emergency.

COP26 represents a decisive moment for the global community. The current commitments of every nation participating in COP26 are significantly inadequate to stabilise the temperature increase between 1.5C and 2C, with unconditional pledges and targets that would result in warming of between  2.7-3.1°C above pre-industrial levels. Countries are under intense pressure to show courageous leadership and dramatically step up their pledges in order to stick to the Paris Agreement boundaries.

“Scientists say a catastrophe can be avoided if the world acts fast – halving global emissions by half by 2030 – to get to net zero carbon in time. World leaders have a chance to take bold and decisive action. But to do so, they need to hear from people from all walks of life and know that this is what they demand. Letters to the Earth provides that platform” – Letters to the Earth Campaign Coordinator Jon Slack