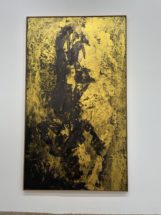 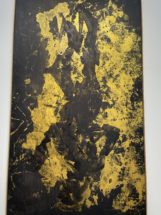 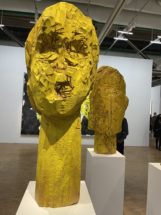 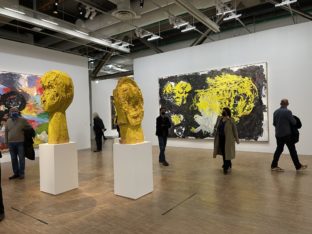 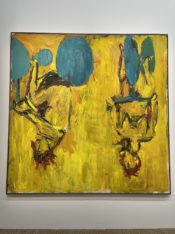 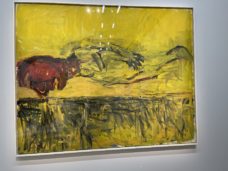 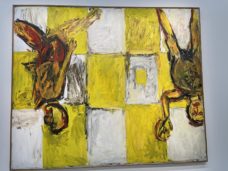 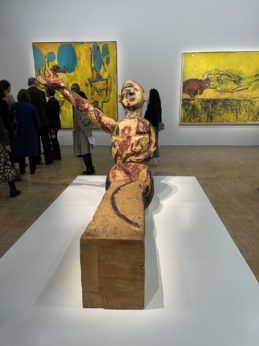 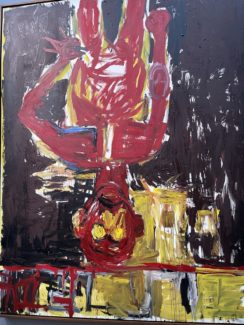 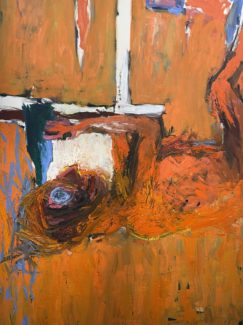 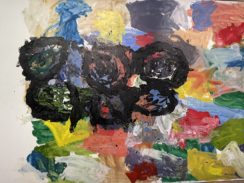 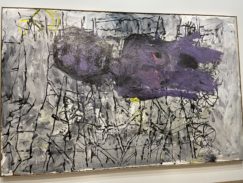 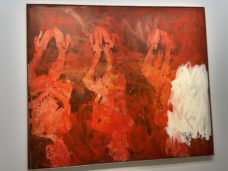 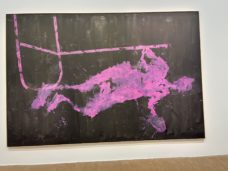 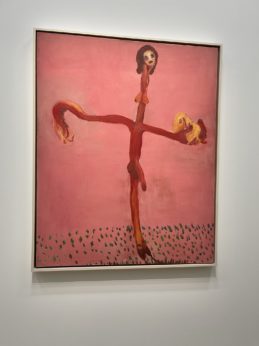 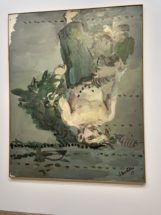 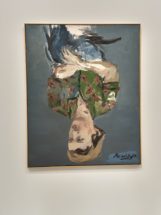 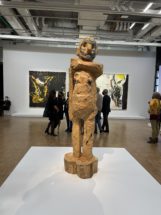 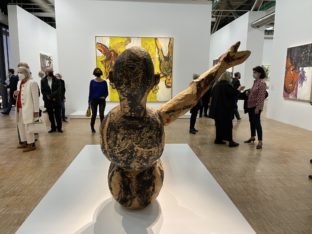 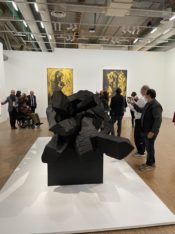 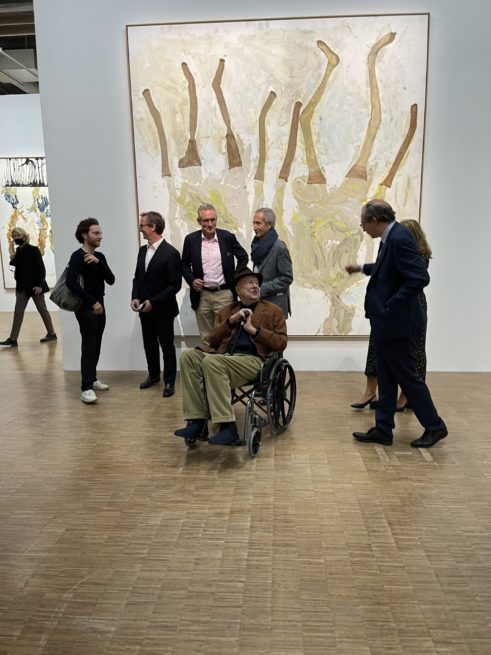 I attended the press opening for Baselitz The Retrospective this morning at Centre Pompidou in the presence of Georg Baselitz himself. Baselitz was born in 1938 near Dresden, in Saxony. His first exhibition was in 1963 and created quite a scandal. The first room that you enter in the exhibition expresses that aspect of his work which focused on body parts, his own, I believe and were rather intense, he had a strong love of his dick it seems as it appeared gigantic in many of the paintings. With time the focus went elsewhere. He became well known for inverting the subjects of his paintings with the head at the bottom of the frame. Baselitz had lived through two totalitarian regimes, this method was both a means of asserting his artistic freedom, retaining the presence of subjects that are his work in a history of forms which he renews constantly constructing a language between figuration and abstraction through which we can feel his passion for Italian Mannerism, Expressionism, Outsider Art, and the painting of his contemporaries and African sculpture. The Centre Pompidou has chosen to present the most striking moments of sixty years. As I was leaving photographers were taking a photo of him, my click was just after it had ended.

“I was born into a destroyed order, a destroyed landscape, a destroyed people, a destroyed society. And I didn’t want to re-establish an order: I’d seen enough of so-called order. I was forced to question everything, to be ‘naive’, to start again. I don’t have the sensitivity, the education or the philosophy of the Italian Mannerists, but I’m a Mannerist in the sense that I deform things. I’m brutal, naive and Gothic.”