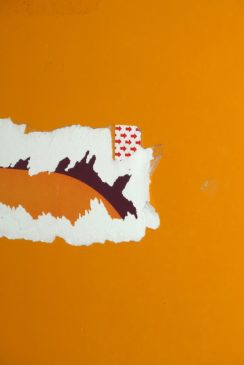 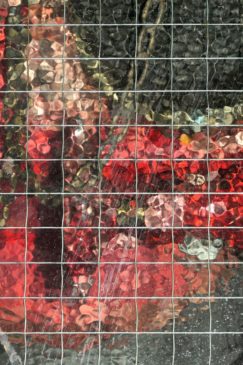 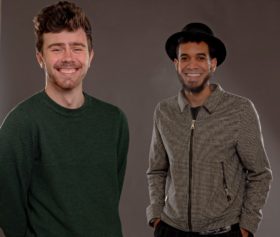 Over the past four weeks, portrait icon and Dazed & Confused magazine co-founder Rankin – whose subjects have included the Queen, David Bowie, Madonna and Kate Moss – has been guiding a new generation of creatives, as six passionate amateur photographers from across the UK embarked on the challenge of a lifetime. In the final he praised all six contestants and said he was so proud to have worked with them all.

Rankin says: “Picking a winner for the show was really hard. It prompted some heated debate between me and the other judges. Tyrone and Jackson are completely different photographers, with two very different styles and career paths. Tyrone is an art photographer, with a really clear voice. His work grabbed my attention from the very beginning. Jackson’s work, on the other hand, grew as he found himself over the competition. So in that way, they were both stand-out photographers who showed their talent during the competition. There was no way we could split them – they were both clear winners in their own right. Now we’re excited to invite everyone to have a look at their talent first-hand as they reveal brand new works in their winners

Jackson Moyles, 21, from Dunfermline – a self-taught landscape photographer whose work reflects his love of freedom and nature – is currently a student and also works part-time in a care home. Tyrone Williams, 28, from Northampton, has been practising photography for over ten years alongside working as a Graphic Designer, his images focus on urban environments and spotlighting the mundane to show an everyday beauty.

With no weekly eliminations, the series allowed all six hopefuls to develop their signature style and build a diverse portfolio as they tackled various assignments around the county – from smartphone camera briefs to themed photography challenges led by celebrity guests and expert creatives.

In the final episode – broadcast on BBC Four last night and now available to stream on iPlayer – the six contestants were in Rankin’s home nation of Scotland as they sought to impress him through three climactic assignments; a dramatic landscape challenge in Glencoe, a photo shoot with two up-and-coming Scottish music acts and a chance to go off-piste and showcase their personality and creative flair through the Wildcard task. Returning from their travels, the six contestants curated and mounted an exhibition of their best work from the series, with both Jackson and Tyrone equally wowing Rankin and the expert judges from the art and fashion world.

Both artists ’photographs from the Great British Photography Challenge – as well a set of brand new images which draw on their experiences from the series – can now be enjoyed first-hand in a digital winners exhibition available on Public Offerings Ltd, a platform founded by art curator, and Great British Photography Challenge mentor, Ellen Stone. A celebration of their achievements and artistic growth, these two new digital exhibitions will mark the expansion of Tyrone and Jackson’s careers as photographers; drawing on the experiences and mentorship they gained from the series.

On his win, Jackson says: ”It came as a bit of a surprise considering my ups and downs in the series, but it really felt like an affirmation that Rankin and the team understood what I was striving to achieve. The journey was class: an exceptional time for a relatively new photographer like me. The biggest thing I took away was the importance of communicating – when I communicated poorly, my final work suffered. Once I understood this element was vital, I produced some of my best work. I was lucky to have worked with some incredibly talented photographers from all genres and I’m truly thankful.”

On his win, Tyrone says: “I feel honoured to have had the opportunity to work with and meet such passionate photographers and creatives. Winning the series has been such a great feeling and an amazing validation for my photography portfolio but I feel all of us have achieved so much in the series. To all execute the challenges as we did and to all exhibit our work in the final, helping each other with every step, you can call us all winners.”

The two winners of the Great British Photography Challenge – Jackson Moyles and Tyrone Williams – are currently showcasing brand new images as well as their works from the BBC series, in an online exhibition hosted by Public Offerings Ltd. – an agency founded by art curator, and Great British Photography Challenge mentor, Ellen Stone. Launched by Stone specifically to showcase new talent from unseen perspectives, the agency will now host both exhibitions which provide a statement of intent about the two artists ’ongoing professional process. The exhibitions can be viewed digitally now : www.public-offerings.com/GBPC

The BBC is the biggest creator of Arts content and is Britain’s creative partner – a stage for the nation to experience the very best arts – when they want, how they want.

· An Innovator: constantly finding new ways to bring the best quality culture to audiences – working with the Arts sector as partner and acting as a hot-house for new talent

· Britain’s creative partner – a bold force in the UK creative sector as creator and commissioner, also a platform for new talent

· An investor in quality – we only present the highest quality Arts and culture programming, crafted by skilled production teams and shared with all audiences

· Bringing the nation together – like no other we create and amplify moments in Arts and culture, cutting through with a broad audience