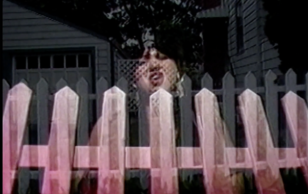 For those of you that don’t know who Lydia Lunch is she was/is the Queen of the Underground, a feminist and let’s say ‘no filter’, in your face empowered woman who by the way now instructs other women on empowerment. Lydia Lunch has been voicing her rage for the past 4 decades, constantly re-inventing herself and taking pleasure in transgressing the codes of propriety and pushing the limits as far as she can sometimes at the risk of harming herself. When Lunch was 16 she moved to New York and lived on the streets, got into drugs and drink. In the documentary Lunch reveals how she was a victim of incest which, her music is most likely a reaction to her war against patriarchy and male domination. “I am pro-sex, pro-pornography, pro-NRA. This separates me from many of the so-called feminists I have debated with, as well as other forms of censors,” she said back in 1977. ” My target is always the politicians, the fathers, the forefathers, the jerks, the corporatist soldiers.”

Kino Lorber acquired the North American rights to equally cult film director Beth B. The film, subject and director, brought me back to my past life in New York in the 80’s. In the late 70’s New York Lydia Lunch had a band, Teenage Jesus and The Jerks, it was at the center to the No Wave music scene and Lunch became famous with her 15 minute concerts at CBGB’s. Since then she has been a film director, actor, lecturer, feminist writer and performer. The film is a profound representation of Lunch’s life using archival footage, vintage photographs and interviews with friends. In addition to Beth B’s documentary on Lydia Lunch, Kino Lorber will release a retrospective of Beth B’s short and feature films which will take you back to the days of the vibrant, raw underground films made with Scott B.

It is the choice of Lydia Lunch to empower the disenfranchised.  Beth B documents the raw and gritty past and present of her friend and subject, Lydia Lunch going through the past that by the way they shared and documenting the present. Their four decades of friendship informs this no filter intimate portrait of an empowered woman that refuses to be muzzeled.

“A bracing reminder that sexual self-defense can take many forms…it chronicles
how Lunch embarked on a series of musical reinventions. Viewers will marvel at a
woman who, at 60, seems just as fierce as she was 40 years ago.”—John DeFore, The Hollywood Reporter

“A wild and impactful documentary…Portrait of a punk priestess, through its feminist
commitment, its avant-garde music and its nihilistic poetry.”—Eléonore Colin, Telerama

Lydia Lunch: The War is Never Over, the first career-spanning documentary retrospective of the artist and spoken-word poet Lydia Lunch, will open at New York’s IFC Center on June 30 as well as nation-wide in both theaters and virtual cinemas through KinoMarquee.com. Directed by prolific No Wave filmmaker Beth B, the film made its festival premiere last year to high acclaim as an official selection at the SXSW Film Festival,