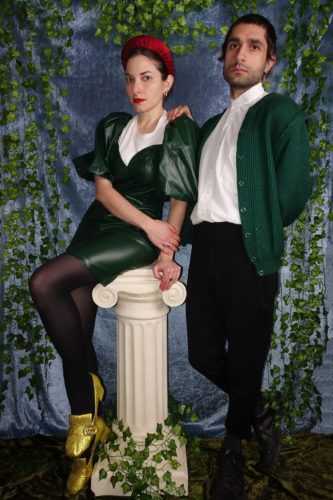 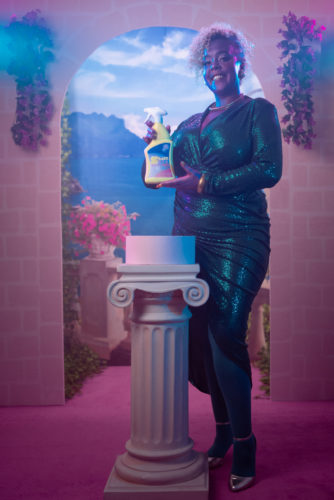 Ciao Tschau is a new creative studio based in Berlin, the creative minds behind the project are:  creative director Johanna Rüdinger & Italian film director Savio Debernardis.

Stuff-Fix Air Freshener is the first digital production of their studio, with which they present themselves to the world and establish their aesthetics.

“Stuff-Fix Air Freshener is a subversive infomercial that uses humour to put a finger into still open wounds and tackle feminist issues close to our realities without pointing fingers.

Our video promotes a spray that promises to fix the stuffy smell of white male power structures in the workplace. Something we dearly wish would actually exist. The film’s glamorous, outlandish and campy visuals are both an ode to and a critique of the infomercial. The set in all its plastic and plaster glory is reminiscent of fantastic studio designs while the styling celebrates the beautiful cast.”

“As we’re moving into a certain digital future, our studio focuses on exploring the creative boundaries of new media formats. By merging our respective backgrounds in advertising and filmmaking, we are putting a new cinematographic spin on video production and create our very own style. Which includes weaving in our own female and queer experiences into narratives and approaching briefings and projects from that point of view. Stuff-Fix Air Freshener is our first video production together which will be on the storefront of our studio.”