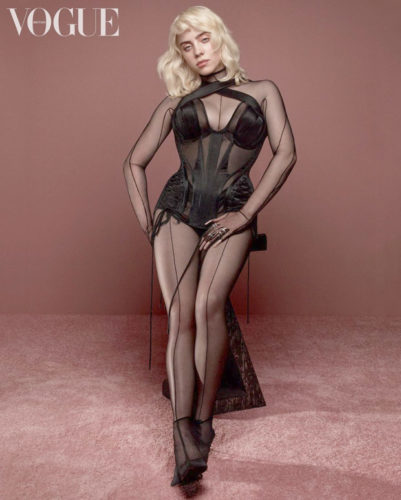 Everybody by now has seen the latest photos of Billie Eilish on the cover of Vogue British. It created a media buzz for days, took over social media, received millions of likes and was re-shared by thousands of people.

Raised in Highland Park, Los Angeles Billie started recording with her brother Finneas at an early age, composing and writing music in her small childhood bedroom that eventually led her to become one of the defining artists of the 21st century. Billie’s success is shared by many, specifically the Gen-Z who consider her an icon of their generation. Whenever she is talked about, young generations describe her as relatable, genuine, authentic and honest. But what makes Billie Eilish a Gen-Z icon? 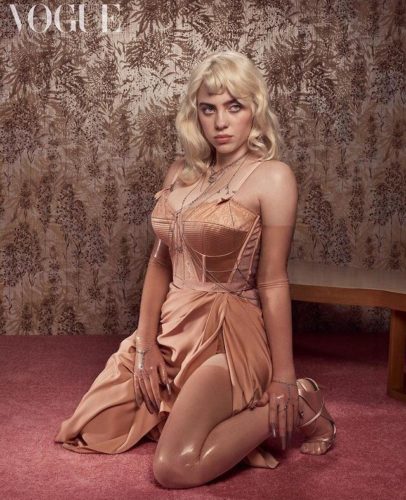 Perhaps one of the defining features of the Gen-Z generation is education. They are set to be the most educated, informed and diverse generation to date. As they are growing up with smart-phones and other communication technologies, they are opinionated and vocal. Eager to share their views with their audience. It should come as no surprise today, that as a society we expect celebrities and people with the power of social media to use their platforms to voice their opinions on issues that are problematic in our societies. Whether it is supporting BLM, LGBTQ+ communities, promoting body positivity, raising awareness on animal cruelty, empowering women… almost all celebrities today, embody an activist persona. But are they genuine?

In the case of Billie Eilish, a girl who first drew attention at the age of 14 when her song “Ocean Eyes” exploded in SoundCloud, she embodies a distinctive character and unique artistry. Her music embodies a genre-less, playful teen-goth angst that is followed by dark, brutal story-telling. Unlike most artists, she doesn’t portray a materialistic lifestyle bragging about fame, money and status. Instead, her songs are about losing friends to drugs, suicidal thoughts, heart-breaks, struggles with self-confidence and insecurities. Her latest song “Your Power” calls out abusers who exploit underage girls and draws attention to the trauma the victims go through, revealing that she experienced abuse at a young age as well, “You can always be taken advantage of. That’s a big problem in the world of domestic abuse or statutory rape — girls that were very confident and strong-willed finding themselves in situations where they’re like, ‘Oh my god, I’m the victim here?” said the singer in her Vogue British interview.

Her song “xanny” draws attention to drug abuse amongst teenagers, most notably Xanax. Despite the endorsements of drugs and teen-partying in pop music, Billie’s lyrics share personal experiences about friends whom she lost to those life-styles. “I have never done drugs, I’ve never got high, I’ve never smoked anything in my life. … It’s just not interesting to me. I have other [things] to do. I know people around you doing that [stuff] makes you want to, but you don’t have to. I don’t want my friends to die any more.” the singer said in an interview. Though she is young, there is no feeling of immaturity in her music. Her lyrics portray a strong emotional intelligence, vulnerability and empathy for others.

As for her uncommon way of singing, for a generation of youngsters wearing head-phones and ear-pods everywhere, her whispery, ethereal vocals sound as if she is right next to you, whispering in your ear, telling you about her darkest nightmares, fears and moments of joy… all coming across viscerally genuine and emotional. Her way of singing sometimes reminds me of ASMR, a Youtube sub-culture starting in 2010s, where video-makers record themselves whispering and talking softly into a microphone, giving personal attention to their viewers in various ways… all done with the intention of helping people relax, fall asleep and cope with anxiety.

Her 2018 hit album “When We All Fall Asleep, Where Do We Go?” she plays unique characters, placing them in her youthful imagination and inviting people to see her weird side. Not taking herself seriously, she flirts with her dark world and breaks mainstream norms about femininity. Her dark emotional songs are accompanied by visually shocking videos. Whether she is wearing a crown with spiders, her eyes bleeding with black liquid, her body getting injected with multiple needles… her videos carry dark literal elements and symbolism that grab your attention immediately. Today, out of all generations Gen-Z has the shortest attention span with an average of 8 seconds, they are tech-savy and can juggle 5 screens at the same time. Their attention is difficult to get a hold off, yet alone surprise. But for Billie Eilish, her visual stories are filled with suspense, darkness and unexpectedness. As she reinvents her story-telling with each song, we are left hungry, constantly wondering what she will come up with next.

While some may find her videos grotesque and made purely for shock-value, her work signifies the deep mental struggles young generations go through. Growing up in the world of Big Tech, at a young age Gen-Z deals with the pressures that come with trying to fit in while being bombarded with filtered and perfected images online. As a result, they lose sight of what is real and what is fake. For Billie, she speaks openly about her battle with depression starting with her body, “(my body) was the initial reason for my depression when I was younger” the singer said in an interview with Vogue British. Unhappy with her body-image, fashion comes as a defence mechanism for Billie. Growing up in an online generation, she chooses to wear baggy, over-sized clothing (that is until her Vogue British feature) to prevent people from making comments about her body and like Billie, most girls find their comfort in the androgynous look, rejecting traditional notions of femininity.

Billie Eilish resonates with her generation because she tries nothing more than to be herself. Gen-Z finds beauty in not what’s perfect but what’s unique and it is safe to say that if you want to understand Gen-Z, you need to understand Billie Eilish.