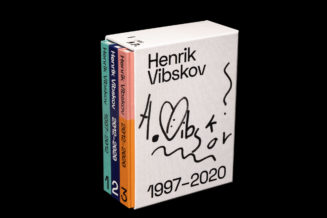 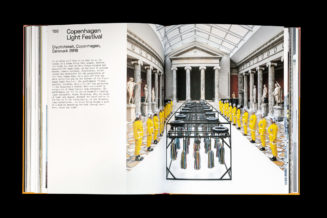 I’ve known Henrik Vibskov since he was in the Festival d’Hyeres in 2003 and we have been friends since then. I call him Daddy Long Legs and am happy that we share the same sun sign. Years ago he built a circus tent in Copenhagen to welcome  my fashion film festival. It was screened after his celebrated catwalk show. Henrik did an exhibition in Seoul when ASVOFF was screening there, he was like a Rock Star surrounded by crowds of fans. I remember when we met in Hyeres with his huge constructed dogs which found their way to the entrance of Palais de Tokyo bigger than at Festival d’Hyeres and in pink polka dots and also he constructed a tent inside Palais Tokyo where we enjoyed a little chat. Years later we did a chat when ASVOFF was invited to CPH: DOX. I’ve attended almost all of his shows in Paris and am delighted to see his life poured into 3 books. A true multi-disciplinary artist. 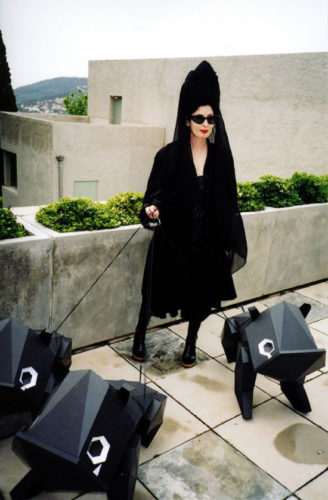 In Hyeres with Henrik’s dogs

The book series is called Henrik Vibskov 1-3, a collective work consisting of three books that describe the interdisciplinary designer’s development, work processes and contribution to the Danish design scene for more than 20 years. Vibskov’s design universe unfolds via sketches, drawings, moodboards and photographic material from both the design studio, the catwalk, exhibitions and performances – all with his own stories and anecdotes as commentary tracks. Together, both the process, the final products and the stories document an instant and unique talent for turning unintentional mistakes from everyday life into artistic fuel.

The books, and a limited edition cassette of the three books, will be released simultaneously in collaboration with stores such as:

On the day of the launch May 6th the cassette can be bought and signed by Henrik Vibskov himself in the store at the Henrik Vibskov Boutique in Copenhagen. (Naturally following the current guidelines from Danish health authorities)