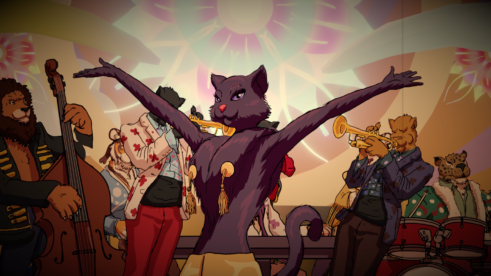 All proceeds will be donated to Nordoff Robbins, the UK’s largest independent music therapy charity. Collette Cooper sources inspiration from artists such as Bessie Smith and Sister Rosetta Tharpe, to Nina Simone, Billie Holiday and Kurt Weill, she’s been described as ‘Janis Joplin channelling Edith Piaf.’ Cooper herself has faced a number of extreme challenges throughout her life, from becoming homeless to losing her father.

Collette says: ‘I’m proud to be an ambassador for NR and all their great work that they do and feel music therapy is so important in helping not only for those with a life-limiting disability but in today’s uncertain times, it’s a saviour for a lot of people.’

Hannah Sheedy, Director of Fundraising and Marcomms says: “At Nordoff Robbins Music Therapy, we believe that music brings us closer together. It can be made and enjoyed by anyone, and at times like this, the connectivity that music brings is more important than ever. We’re delighted to have the support of Collette who will be donating all proceeds from her wonderful album ‘Lost’ to help fund our music therapy. As we do not receive any direct government funding, Collette’s kindness will enable the charity to continue to enrich people’s lives with music therapy, supporting some of the most vulnerable and isolated members of our communities who have been significantly affected by this crisis.

What people have to say about Collette:

CC your music is amazing! I love it! I listened and immediately loved the sound.’ Your voice is incomparable!’ – Huey Morgan, BBC Radio 2 and 6 Music

‘A voice like chocolate’ – Liane Carroll
‘We’re going to be hearing a lot more from Collette Cooper. What a voice.’ – Jonathon Ross.

‘Lost’ the album is available to purchase and stream on all platforms now.

In 1959 American composer and pianist Paul Nordoff and special education teacher Clive Robbins developed a new form of collaborative music-making to engage vulnerable and isolated children, which they termed ‘therapy in music’.

Today, Nordoff Robbins is the largest music therapy charity in the UK helping thousands of people each year. They now deliver services from 13 centres across the UK, and work in partnership with over 211 organisations. Their ethos is  to change the lives of the people who need us most.

Special thanks to Mike Hanson