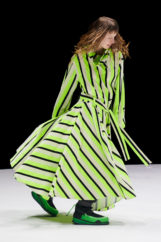 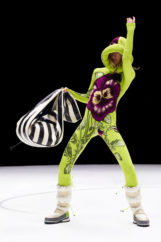 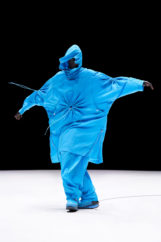 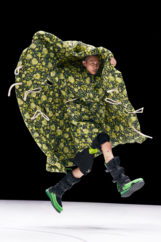 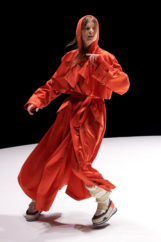 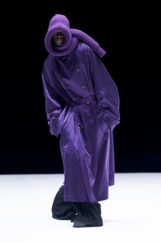 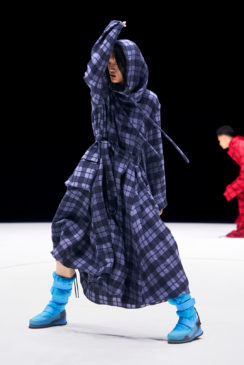 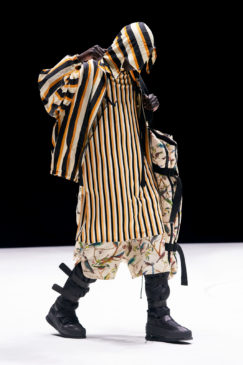 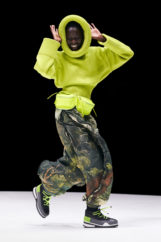 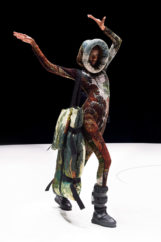 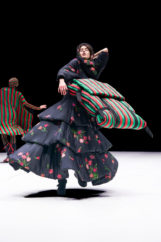 A sudden and unexpected death.

Immediately, the internet was saturated with tributes, messages, photos and videos of Kenzo himself, his work and his life.

Our relationship had been brief, yet I felt I had lost someone close to me.

On Monday, still in shock, I was at work.

I had to work on the new collection: where to start?

How to turn grief into a living, joyful, free force?

I knew only one thing – I didn’t want a polite tribute, I wanted a celebration.

A celebration of the man Kenzo was, and of his incredible vision.

To do this, I wanted to give free rein to intuition, to instinct, to surprises.

I already knew his clothes and collections from archives, photos and drawings.

But seeing them in motion changed everything.

And my horizon seemed infinite.

His models paraded with glee, mixing grace and impertinence.

Everything seemed so natural, sensual, full of emotion… A world that is the opposite of what some of today’s fashion has become: soulless, audacious and so predictable.

With my teams, we selected a few pieces from the Kenzo archives, and from my own.

Cutting, gluing, erasing, drawing… Turning them inside out, dissecting them, breaking them up, then gluing them back together…

Then I filled several notebooks with collages, drawings and images.

Like so many possibilities for a new narrative, a new collection, a new silhouette, new clothes, new functions, new sensualities.

Possibilities, too, of a new world.

A world without borders, without prejudice or stereotypes.

Kenzo was the very embodiment of freedom, joy, diversity, love of nature.

I wanted the colours and prints of this collection to reflect all this.

Like an offering, a bouquet of things that were close to her heart.

From landscapes to hydrangeas, from birds to chains, from roses to stripes, from pansies to tulips or cocktail glasses… all mixed in a huge, imaginary and colourful party.

Although confined to Paris, between work and home, we travelled a lot in our imagination.

Creativity as an antidote to the current situation.

Creation as a new elixir.

Going places, always. The magic and beauty of travel, as a tribute to free peoples and spirits.

A tribute to these sublime nomads, who move forward without fear, proud and optimistic.

They run, dance and celebrate life in their luxurious textile armour.

Carried by the excitement of discovering new, unexpected, untouched places.

Driven by a visceral desire to live.

A visceral thirst for freedom.