Variety editor Dennis Harvey is facing a tsunami of righteous indignation after his sexist comments about Carey Mulligan in the film Promising Young Woman. Author Laura Albert recalls an earlier instance of Harvey’s misogynist criticism, which he aimed at her. 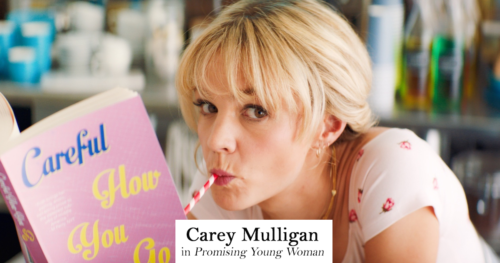 The film Promising Young Woman, having just received Golden Globe nominations for writer/director Emerald Fennell and star Carey Mulligan, will now bring further attention to the ways in which women become the targets of sexual violence – even as it provokes reactions that echo the old misogynistic belief that a woman can be “too ugly to be raped.” As recently as 2019 Italy’s Supreme Court reversed a lower court’s finding that a woman’s accusation of rape had not been not credible due to her “masculine appearance.” And, of course, our previous president was elected in 2016 while offering this defense when accused of groping Jessica Leeds: “Believe me, she would not be my first choice. That I can tell you. You don’t know. That would not be my first choice.” 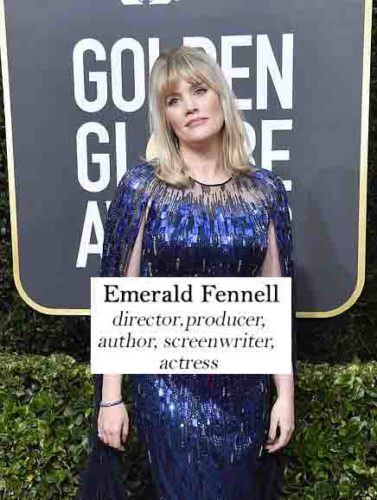 So it was a real breakthrough to see Variety attach an apology to Dennis Harvey’s review of Promising Young Woman – after Carey Mulligan rightly called him out. In the film she plays a woman who pretends to be staggering drunk and lets predatory men take her home, only to turn the tables on them when they’re alone together. Harvey questioned Mulligan’s qualifications to play such a role, saying she “seems a bit of an odd choice as this admittedly many-layered apparent femme fatale — Margot Robbie is a producer here, and one can (perhaps too easily) imagine the role might once have been intended for her. Whereas with this star, Cassie wears her pickup-bait gear like bad drag; even her long blonde hair seems a put-on.”

[Mulligan’s] film focuses on a woman’s vulnerability in a male-dominated society […] all she needs to do is display a heightened vulnerability, and male predators will swarm.

Mulligan told The New York Times, “I felt like it was basically saying that I wasn’t hot enough to pull off this kind of ruse. It drove me so crazy. […] For this film, you’re going to write something that is so transparent? Now?” She was right to be shocked – and offended. Because her film focuses on a woman’s vulnerability in a male-dominated society; her character knows that all she needs to do is display a heightened vulnerability, and male predators will swarm. Someone who is ignorant of this fundamental vulnerability will tell you that rape has to do with how sexually desirable a man thinks a woman is; someone who is aware will tell you that rape often has to do with how victimizable a man thinks a woman is.

The boys-will-be-boys mentality sees ‘frisky hijinks,’ when a filmmaker is trying to show you rape.

And this ignorance degrades Harvey’s entire review. Worse is his giveaway language when describing a sexual predator moving in on a woman who is “clearly not in full, consensual control. When he inevitably gets very frisky, she suddenly turns out to be the stone-sober deliverer of a message that will make him think hard before ever attempting such predatory hijinks again.” The boys-will-be-boys mentality that sees frisky hijinks, when a filmmaker is trying to show you rape, betrays the same ignorance that believes some women are “too ugly to be raped.”

Every woman knows she has to be careful around men, especially the ones who don’t recognize the extent of their own misogyny 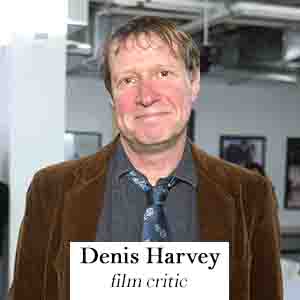 Dennis Harvey had already been exposed by his own words five years ago, in a Variety review of Author: The JT LeRoy Story, Jeff Feuerzeig’s documentary about me and my literary avatar JT LeRoy, the protagonist and credited author of my fiction books SARAH and The Heart Is Deceitful Above All Things. All Harvey saw and heard was a woman who refused to be pathologized and therefore was a “liar” who “passes the blame” and whose “tales of formative molestation and fat shaming would be more persuasive if she hadn’t already proven herself willing to invent abuse scenarios to gain attention and sympathy.”

He couldn’t see what Feuerzeig’s film explores, how I had created JT in order to deflect attention (and sympathy) away from myself, not to gain it – a self-hatred created by the trauma that Harvey dismissed as “tales” he found insufficiently “persuasive.”

But the facts speak for themselves, I don’t need to persuade. That’s the difference between me and someone who writes misogynist criticism and then has to go around telling everyone how appalled they are at being tarred as misogynist. 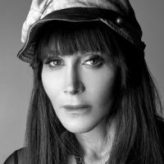