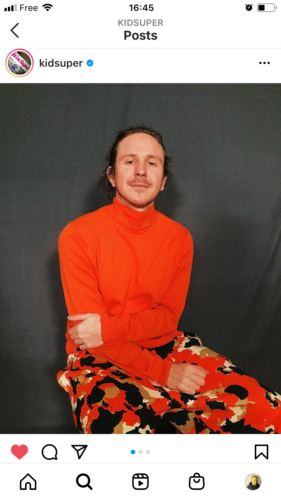 What’s great about Colm Dillan is that he really represents what a fashion designer should be like in 2021, a multi disciplinary artist, a great communicator who understands the contemporary tools to put your message out there and most importantly, someone with a true personal vision, someone who makes it worth it to create something new, in an era where we are finally starting to get tired of fashion being discussed only in the framework of business -as if people have actually forgotten that fashion existed  before capitalism and the industrial revolution- Colm Dillan, Kidsuper is part of the new generation of designers, who talk about passion and craft instead of “wholesale or direct to consumer”…

I joined Colm in conversation one day after his Paris Fashion Week video presentation launch. I talked to a Colm full of peace, finally rested after weeks of 2 hours of sleep per day and excited to keep running the fashion Marathon. After all, in my mind, his video presentation was one of the major highlights of the day, after which Kidsuper did a live stream on Instagram where he answered questions from his fans. When most film directors would take years to produce a film up to the level of Kidsuper’s AW21 fashion film, Kidsuper only took two days. I found that shocking. The samples arrived one day, the next day the collection was styled, the next day the film was shot and then Paris Fashion Week. I was also shocked to find out the fact that Colm is 100% hands on the entire process. He wrote the script, he styled the collection, did the  casting, directing, editing and even the soundtrack of the the film. 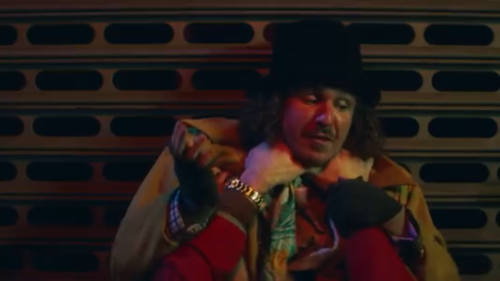 Mostly we discussed the creative process of the collection. It all starts with observation, the designer observes what he and the people around him need, a coat, a jacket, then he draws a couple of silhouettes which he fills in with details and artworks that he develops for the collection. Then  he has to convince the suppliers to produce his samples, the pieces seem effortless but can be  intricate constructions, like the checked pants in lilac and white where every square is actually patch-worked and then constructed into trousers. 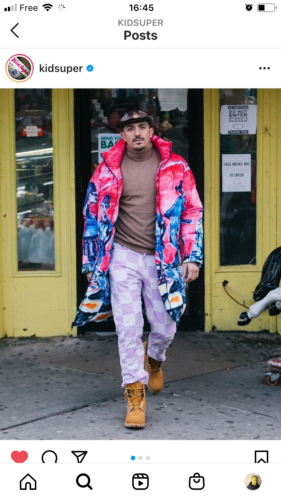 Here are some random facts about Kidsuper, maybe they have something to do with his super creative power, take note: