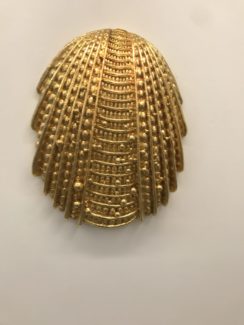 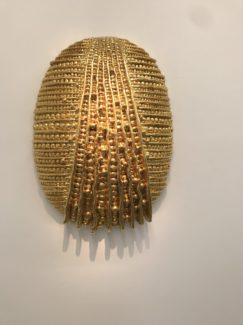 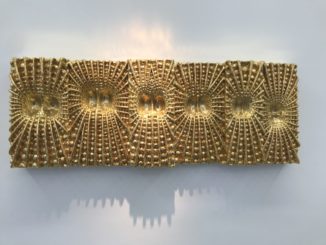 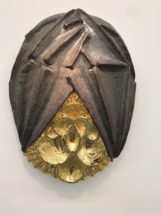 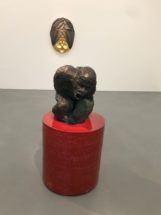 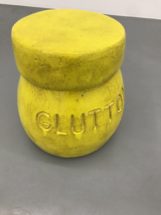 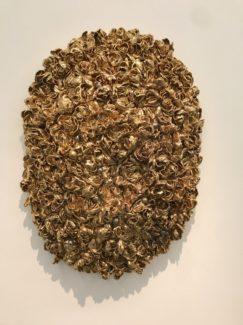 I have to admit that in the past 10 months I’ve rarely left my ‘hood’ not wanting to expose myself to COVID. Today my friend Marco de Rivera urged me to come with him to visit a few galleries as it was the afternoon we thought that there would not be too many people on the metro, something I’ve avoided like the plague for the past year. It was fairly empty…

I’ve been following the career of Johan Creten for about a decade. He is a pioneer of the ceramics’ rebirth in contemporart art and ENTRACTE is his 4th solo show at the Parisian Galley PERROTIN. With ENTRACTE Creten reflects on the importance of beauty in his work while reaffirming his humanist consciousness and the social and political resonance of his practice. This exhibition is build as a dialogue with I Peccati, his monographic exhibition at the French Academy in Rome Villa Medici from 15 October to 31 January 2021.

“Clay is excremental, it’s the ashes of the dead, at the same time it’s mother earth, it links the sacred and the profane, in a brutal way, disgusting and magical at the same time.” Johan Creten (for Modern Painters)

Johan Creten constantly stimulates the temptation to touch. A primordial taboo in many religions, including the religion of art, contact feeds the swelling of desire, making the other senses seem like preliminaries with regard to the fulfilment it demands. The ultimate taboo often claims to preserve the status of untouchable works in contrast to the vulgarity of objects that can be grasped and handled. To caress a bronze, to touch a ceramic are acts of transgression.

Johan Creten opens up his shapes and their connotations enough not to freeze them in a single reading. The interpretations must remain malleable, from humor to disgust. He himself feeds off this ongoing quest for an image to gorge on.

“To use beauty to talk about very serious subjects on a secondary level is very important to me. These hidden stories can be social, political or sexual, and these pieces open up slowly if you take the time to look at them from different angles.” Johan Creten (for Forbes.)

Born in 1963 in Belgium, Johan Creten has been working on the move for twenty-five years, from Mexico to Rome, from Miami to Amsterdam, and most recently to Paris. He started working with clay in the late 1980s, when the medium was still seen as taboo in the art world: earth was deemed dirty and damp, while the creator was viewed as a usurper of God, transgressing religious interdicts. Yet clay represents the “Earth Mother,” linking the sacred to the profane. Creten is one of the earliest supporter of using clay in the context of contemporary art and is consid- ered, alongside Thomas Schütte and Lucio Fontana, to be a pioneer in the revival of modern ceramics, who continues to influence the next generation of artists.

If you are not in Paris you can click the link below and take a virtual tour of the exhibition.

About 5 years ago when I was in New York I visited him and his show at Perrotin NYC.