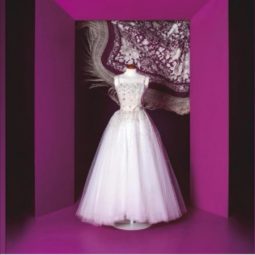 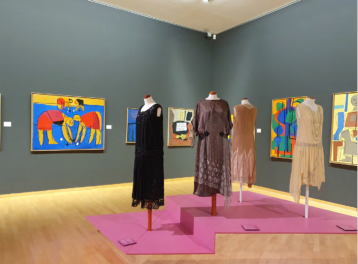 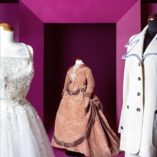 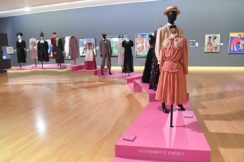 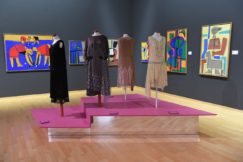 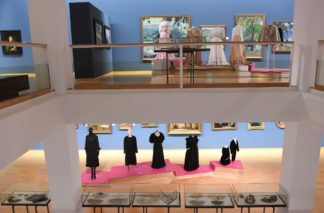 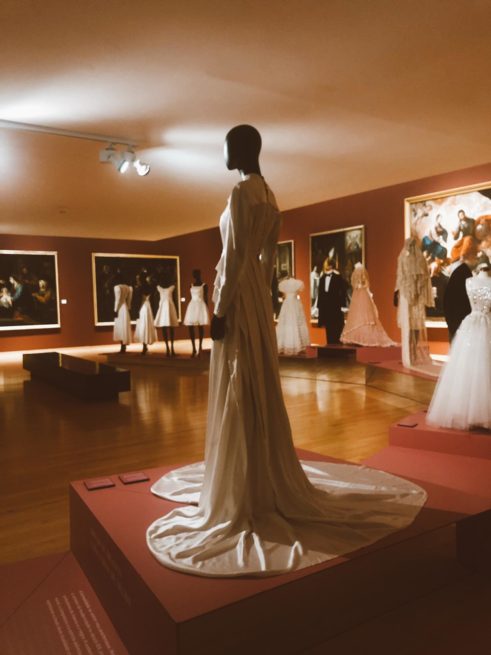 The Museo de Belas Artes da Coruña presents its first fashion exhibition, Vestir Épocas, 1860-1960. The González-Moro Collection, with which it tries to highlight the value of the craft within art.

Through it, an important selection of objects and garments is shown, all belonging to the fashion and clothing collection of Ana González-Moro, a lady from A Coruña who, throughout her life, has been collecting dresses, suits and accessories from more than 100 years of creation and which, until now, had never been exhibited as a whole. There are more than three hundred pieces from family inheritances, donations and gifts from her circle of friends, which appear to be linked to the forms and taste of dress in Galicia in the different periods covered by the legacy.

The spectator will thus have the opportunity to enter into the uses and customs that passed through from the middle of the 19th century to the middle of the 20th century, through a tour that extends through all the rooms of the museum and in dialogue with the works of the permanent collection, taking into account their iconography, period and use.

The exhibition, organised by the Museo de Belas Artes da Coruña under the patronage of the Regional Ministry of Culture, Education and the University, is curated by the architect Fernando Agrasar Quiroga and the fashion specialist Román Padín Otero, and can be visited from 28 October 2020 to 14 March 2021.

The garments on display are pieces of great beauty, technical prodigy, museographic uniqueness and historical relevance, mostly made and belonging to life in Galicia. Thus, they reflect the urban, local and cosmopolitan, artisan and, at the same time, industrialised fashion of a modern world in constant change. Galician history is important from the perspective of costume and looks towards a cultural manifestation; an art that defines our contemporaneity: fashion, understood from its social value.

The route, developed between the mid 1860s and 1960s, shows the dawn of mass production and the essential work of the dressmakers, tailors and family members who sewed, knitted and repaired the clothes. They are objects and clothes that follow the fashions of the times in which they were created and incorporate particularities of those who wore them. They are inheritance and memory.

Of all the pieces, only a few were previously exhibited in the Con-Fío exhibition at the Museo Centro Gaiás de la Cidade da Cultura de Galicia in Santiago de Compostela, and two in the Sorolla y la moda exhibition at the Museo Nacional Thyssen-Bornemisza in Madrid. However, the complete collection of the González-Moro family is now presented for the first time to extol its value as a collective heritage and to generate, in each of the museum’s rooms, a great “conversation” between the arts.

Dressing Periods, 1860-1960. The González-Moro Collection shows an important collection of fashion in its artistic and social value, and is the testimony of a period of time linked to modernity in Galicia. It is divided into nine sections. The first is the so-called Wunderkammer or Chamber of Wonders, in which a miscellany of pieces is presented, from rhinestones to accessories, which facilitate the understanding of everything that follows.

Firstly, we find the Body and Silhouette section, in which a wide collection of underwear, both for men and women, opens up before the spectator accompanied by a video created by Jesús Madriñán and Manu Seoane. Continuing the tour and, in relation to the religious paintings, Celestial Bodies is presented, where we can see, among others, the baptismal and communion dresses. Further on we have Women in White and Gentlemen in Black in which wedding dresses and formal suits for gentlemen stand out, and, in the same way, the space next to the portraits is complemented by the section Small Main Features which shows hats and other accessories. The clothing dedicated to mourning and uniforms also has its section in Mourning and Uniforms. Rigor in dressing and, in turn, travel cloaks and outfits dress the landscape works in Visiting and Traveling Clothes. Finally, in the room dedicated to the 20th century we can see Flâneries and Folies, daywear and eveningwear, which creates a space as colourful, changing and intense as the art of this century, to end with the Service Clothing section, in dialogue with the Sargadelos room.

The Museo de Belas Artes da Coruña also programmes a series of activities around the exhibition: guided tours and conferences, aimed at the public and also taking into account the limited capacity of the Covid-19.