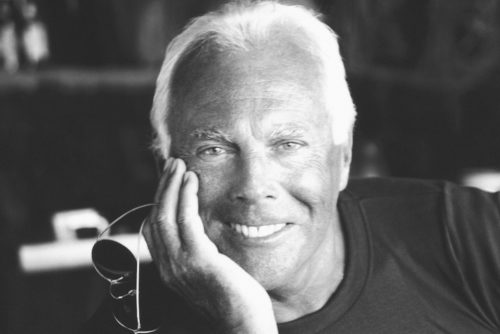 As you no doubt recall Armani was the first to send models down the runway in an empty theatre last season taking the decision as a preventative measure to support the national efforts in safeguarding public health. A difficult decision no doubt but one that resonated around the globe. This edition he will present Emporio Armani on his new mini site dedicated to building dialogues and showing his work to a vast audience. The Giorgio Armani collection will be broadcast on La7 Italian TV channel as wellas on armani.com. Details below:

The Emporio Armani Spring/Summer 2021 collections for men and women will be presented digitally as a special video aired on Thursday, 24 September at 11:30 am on emporioarmani-buildingdialogues.com (the mini site dedicated to the project), on the brand’s social networks and on the Italian Chamber of Fashion’s platform.

In the video, filmed at the company headquarters on Via Bergognone in Milan, the Emporio Armani clothing will be donned by models as well as young actors, singers, dancers and figures belonging to industries with ties to the brand’s vast community. With its buildings, the architectural setting is a dynamic space that, together with the stars and the viewer, helps build dialogues that symbolize open-mindedness towards others and the world.

The Giorgio Armani Spring/Summer 2021 collections for men and women will be fully broadcast for the first time on television. The show will air on Saturday, 26 September on prime time on La7 Italian TV channel, as well as on armani.com, on the brand’s social networks and on the Italian Chamber of Fashion’s platform. On the runway, the collections’ pieces reflect the timeless idea of style according to Giorgio Armani—like timeless thoughts.

The designer made this decision so that the show, which will be recorded behind closed doors, could be enjoyed by a vast public.