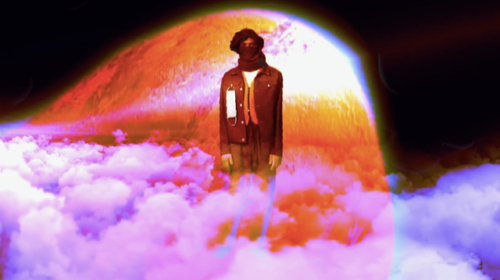 On the occasion of the first edition of Digital Fashion week, Fabio Quaranta hands over the Direction to VIPRA SATIVA who re-invents the traditional concept of catwalk as an animist transhumanche set in an utopian time, Presenturo, that defies the concept of linear time. The soundtrack “MUSICA MEGA” by System Hardware Abnormal is also produced by VIPRA SATIVA.

The hardwear used in this transhumance revolve around an idea of uniform and its features of wearability and recognizability. The items are interchangeable in the shapes: a long jacket, a short jacket, a shirt jacket and a vest jacket, a five- pocket trouser and an elastic waistband trouser; in the fabrics: a cotton poplin, a cotton rip-stop and a technical tweed; in the colours: warm from yellow ochre to tobacco crossing different beige textures. An edition made of shapes, fabrics and colours that together define a new and unique concept of uniform.