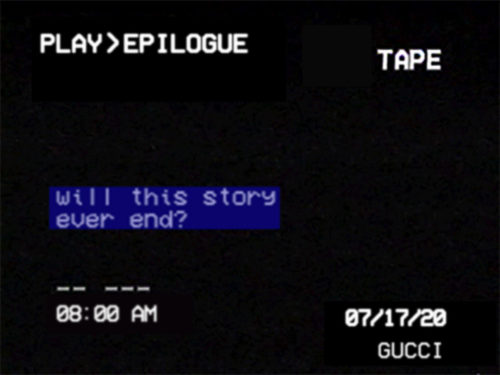 GUCCI TO PRESENT ITS “EPILOGUE” COLLECTION IN LIVE STREAMING

Gucci is pleased to announce that its Creative Director,
Alessandro Michele, will present his “Epilogue” collection in the form of a live show.
streaming accompanied by a narrative report.

This event will be broadcast on Friday, July 17, 2020, the last day of the first
Digital Fashion Week in Milan, on different platforms around the world. The
The report will be broadcast at 2 pm during the 12-hour live streaming.
which will begin at 8:00 a.m. Paris time.

As previously announced, Alessandro Michele wanted to write an epilogue, the
final chapter of a narrative thread that had emerged from his last parade, “An
Unrepeatable Ritual”, where he celebrated the magic of fashion by lifting the veil on the
underneath those liturgies. On July 17, he will present the final act of this odyssey to
through a more playful experience aimed at changing rules and perspectives
traditional fashion.

With the casting selected within the design studio, this “Epilogue” will be revealed.
in a mixed parade, and will foreshadow what the near, even imminent future will be like.
****
The complete event, including the 12-hour live streaming including the report
exclusive, will be broadcast starting at 8 a.m. on Gucci.com, YouTube, Twitter, Weibo and
the Gucci application, and starting at noon on the Gucci Facebook page.
The report will air at 2 p.m. on Gucci.com, YouTube, Twitter, Instagram, Facebook , Weibo