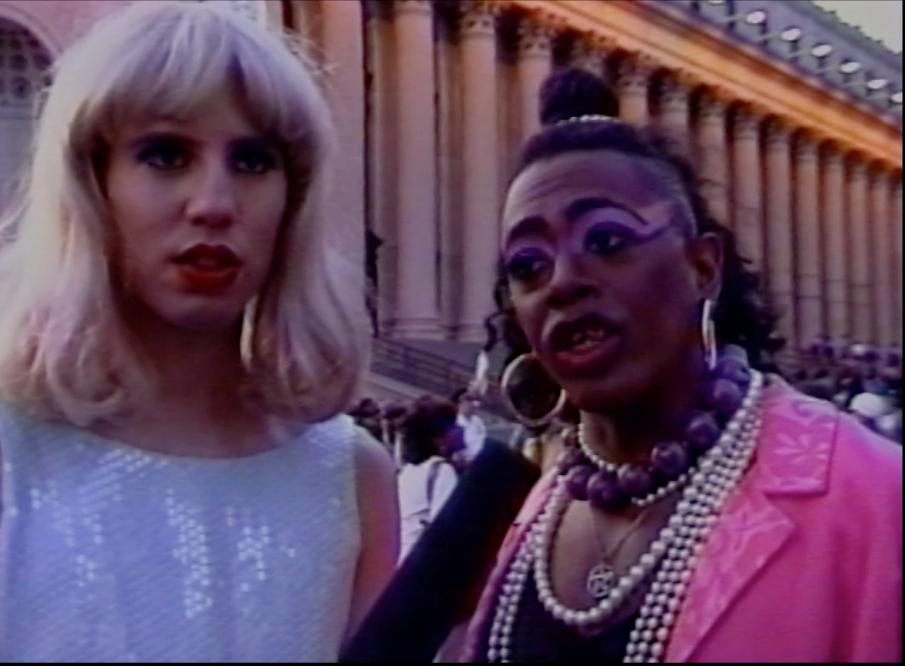 It was 1992: the year a Black drag queen ran for president.

I met drag activist Joan Jett Blakk (Terence Alan Smith) in early 1992 at a queer fanzine convention in Los Angeles. When she told me she had launched a campaign to run for president under the Queer Nation Party ticket (her slogan was “Lick Bush in ’92!”), I invited her to be a future guest on my drag activist Public Access program, The Brenda and Glennda Show, the next time she was in New York.

Joan traveled to NYC that July (she was based in Chicago at the time) to crash the Democratic Convention at Madison Square Garden and announce her presidential bid. She made time to appear as a guest co-host on my show, where we went to Madison Square Garden and joined the fray of protestors, independent campaigners (remember Jerry Brown?) and gawkers outside in the street, for discussions about such issues as the corporate corruption of the Democratic Party, homelessness, Haitian refugees, anti-porn feminism and, presciently, the burgeoning police state. This was all done with big dollops of high camp, of course. (Reporter: What do you have that Bill Clinton doesn’t have? Joan: These shoes, okay?!)

The resulting video, On the Campaign Trail with Joan Jett Blakk, is now streaming for free through July 6, here on Video Data Bank’s site: https://www.vdb.org/tv

This episode of The Brenda and Glennda Show was used as source material for a play based on Joan’s campaign, titled Ms. Blakk for President, which opened at the Steppenwolf Theater in Chicago, in June 2019. (And yes, there was an actor portraying my former drag persona, Glennda Orgasm!)

“What we really need in this country is more glamour and less clamor, I mean that’s all that’s going on over there [at the Democratic Convention] is nothing but a lot of clamor, and we’re going to bring more beauty back to the White House; in fact, we’re going to make it America the beautiful, once again.”— Joan Jett Blakk, On the Campaign Trail with Joan Jett Blakk, 1992

This and over 30 videos from my archives were recently digitized and preserved by my distributor Video Data Bank. You can explore the full list of titles here: https://www.vdb.org/artists/glenn-belverio-0 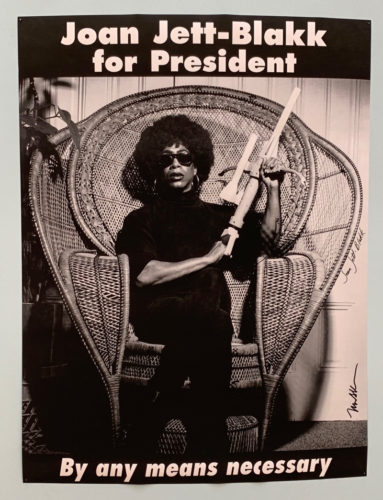 Stay safe and have a happy Pride,