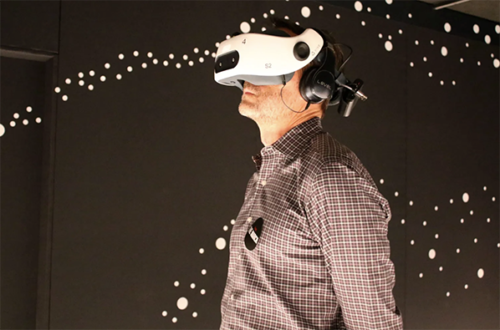 An excerpt from IndieWire:

“In early March, as it became clear that crowded events would become impossible for quite some time, I purchased an entry-level ticket to VR with the Oculus Go. As it turns out, there is a whole world entirely free from COVID-19 hiding in plain sight.

VR can’t replace Cannes, but it will play host to Cannes XR, a virtual reality market with virtual parties; VR can’t replace moviegoing, but it has hosted premiere screenings and Q&As for films that had been scheduled to play at canceled festivals. And VR can’t replace filmmaking, but it’s a platform for storytellers finding new ways of exploring the medium. Nothing in VR can capture the emotional solidarity of participating in a protest, or the civil duty of venturing to the ballot box, but it can supplement aspects of society in desperate need of places to gather and think out loud. Forget Fortnite, that 3D commercial behemoth designed to appeal to fans of first-person shooters under the age of 12. I have seen the future, and it lies within the headset.”