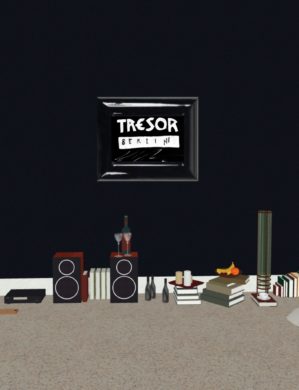 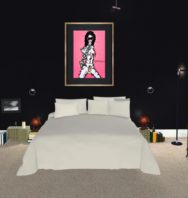 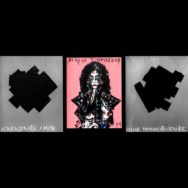 Julien Sitruk was born in 1999, we met when he was 16, or maybe almost 16…he did the poster for The Material Boy, one of the films that was  screened at ASVOFF Centre Pompidou. He came up and introduced himself and I started to take an interest in him and his art. He already had editorials written about his work at the age of 12. The multi-disciplinarian is an artist, a photographer, has tried his hand at fashion design and lately he has devoted a fair amount of his time to making short films. During the quarantine in France which lasted 2 months, Julien kept himself exceedingly busy and that is what we are going to focus on here.  Over the lock down Julien edited two films for my #LOCK DOWN HOME MOVIES. I was curious about his fascination with Berlin so rather than hear me talk about his interest in that city….

“When I arrived in Berlin in February 2019, I loved how I hated this city. I stayed there for eight days. I saw Berlin as a myth, a historical myth, cultural , artistic; the city where you spend the most endless nights in the best clubs in the world. The city where everything is possible I perceived an impressive artistic energy an effervescence of youth and love, when I returned to Paris . I was exhausted I had very little sleep during the week. !!!!  This city killed me.

It took me a year to dive back into Berlin. I hadn’t thought about it since but I had certainly come home with the most intense memories. At first I thought back to the moment when I passed through these two streets:  Kleine prasidentenStrabe a simple but beautiful building. I immediately thought that I would like to have a room with M ( Mathilde Giardelli, my girlfriend ) in this building.

That’s when I decided to work on Berlin, it was  December 2019. I remember sending a long message to a young German model, Veronika Baron. She had recently arrived  in Paris after having  lived in Berlin and  I had been following her on Instagram for a long time.  A girl with a «mouth» but a personality and a style . I proposed that she participate in this project and she accepted. We met a few days later and immediately were in agreement. She understood exactly what I wanted to do with her and we met a few weeks later and we took pictures at my house all day. It was in February 2020.

In parallel with my photos I started to create a story between M and Berlin It was then that I made the film EROTIC[A] with Mathilde.

« A young woman goes to a club, she abandons herself to the night and ends up being photographed by the artist she loves »

I also made a series of drawings called « M à Berlin » I was obsessed with the idea of creating Mathilde’s life in Berlin. So I created the room of Kleine Präsidentenstraße as I had imagined it. I also made a triptych of a painting entitled “Berlin T’appartient ” and another film about it but it will be censored!!!!

As a result of that I started to make series of mini films.

« A woman, fan of the BAUHAUS,  who returns to Germany after spending years in Tangier, Morocco »

(With Veronika Baron) « Veronika is at the terrace of a cafe with me she lights a cigarette, a homeless man accosts her and says lend me your eyes ( LEIH MIR DEINE AUGEN ) This sentence captivates and obsesses her »

BERLIN 89 ( with William SITRUK my father / Text Mathilde Giardelli  my girl friend , these words kills me … ! )

For now I am about to start a big series of photos on Mathilde that will also be a series of tryptic paintings. For sure she will write the poems about her vision of Berlin. That is what I hope, her words touch me very much.”