The mood in the audience before the Haider Ackerman show was subdued, maybe because spectators were already experiencing fashion show burnout in mid-week of Fashion Week. Five minutes before the show started, Timothy Chalamet, was whisked into the front row, and it charged the audience. Chalamet, wearing dark glasses and jeans, did the usual fashion celeb turn, posing and preening for photographers, making sure he did exactly what was required for Instagram wattage.

The lights dimmed, and slow, Zen like music started to play. In a strong opening moment, male and female models slowly walked the runway in in crisply draped garments all in vanilla, sometimes with a subtle contrast of pure white. Next followed a sexy but sophisticated, focused collection. The colour palate went from white to mostly black, silver, and black and white. A mini-infusion of colour of royal blue, sun-blast yellow, and Kelly green, was bestowed only on the male models.

In terms of styling, it was simple, but the most dramatic impact was the exaggerated beehive hairdos.

Mid-stream in the show, the music turned to a much faster pace, with aggressive, percussion driven music, and the models moved in a much brisker pace. Although there weren’t any fantasy or WOW pieces, it served the collection well, because overall it was a strong, cohesive, and well-balanced show, with garments people would really want to wear. 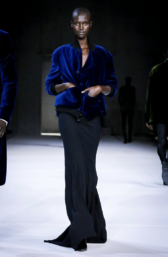 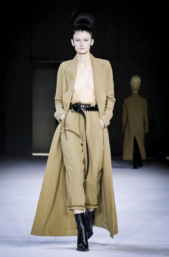 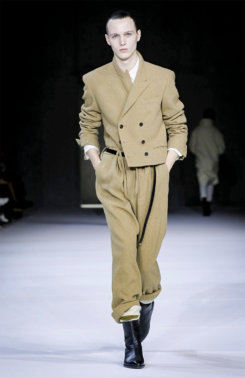 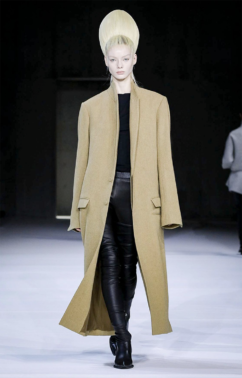 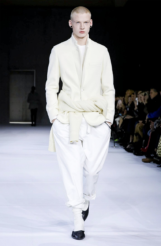 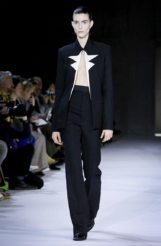 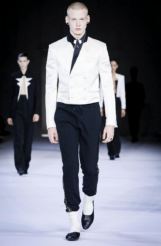