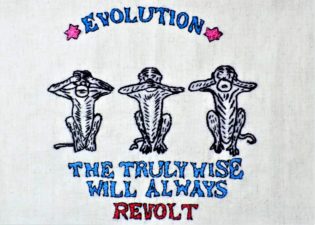 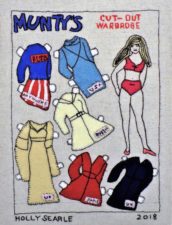 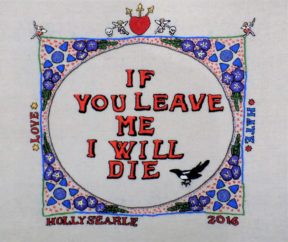 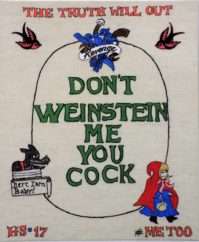 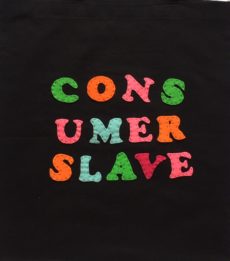 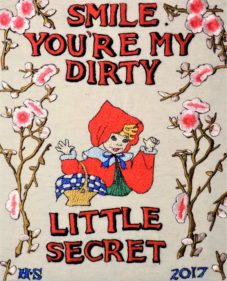 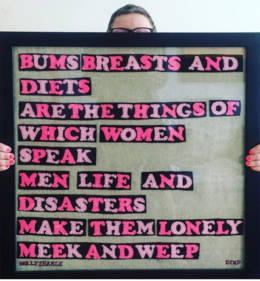 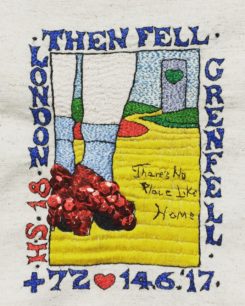 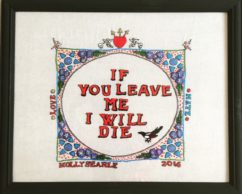 Since the Subversive Stitcher was a child, she found her idle hands work to do creating something or anything, as long as it resulted in a tangible item.
Her crafty ingenuity has produced a multitude of items that she often forgets that she has created, so when she visit friends or family, she often discovers something she produced from a different era. She is an undiagnosed dyslectic, which caused no end of ridicule during her school years, but she found solace in Miss Swan’s needlework class, where she produced items which often received positive compliments and financial offers (ironically) from the school’s English department.

Domesticity and a mindless day job unfortunately suppressed her creativity to the point of extinction until she attended a mental health exhibition in London several years ago.

There she save a needlework sampler that had been created by an inmate of a Victorian asylum. She was so moved by this piece that she started sewing and creating work of her own under the handle of The Subversive Stitcher.

She uses her work to focus on and highlight social issues. The repressed dyslexic bullied slightly chubby self conscious shy girl, finally put her soapbox down and stood on it to finally raise her voice.

She has since had her work included in many exhibitions and was one of the artist who featured in the Cash is King exhibition at The Saatchi Gallery.
In 2018 she submitted her piece Under My Eye to Dame of the Hour exhibition in Bath and subsequently awarded the first prize to host her first solo show.
To see more of her work please visit her website www.thesubversivestitcher.com or visit her Instagram page the_subversive_stitcher