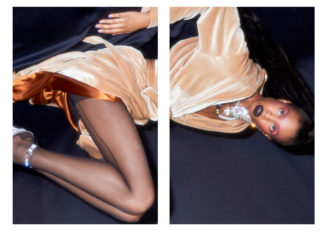 The New York based jewellery brand Laruicci, designed by its creative director Lauren Ruicci celebrates its 10th year anniversary with a capsule collection designed by Cem Cinar, formally of Rouge Margaux. Ruicci and Cinar collaborated in the past when Ruicci’s brand  produced the jewellery line for Cem Cinar’s brand Rouge Margaux. For the past 10 years Laruicci has been a part of countless projects featuring artists like Beyonce, Lady Gaga & Rihanna. The jewellery is all handmade in her New York City studio.

Laruicci will launch the capsule collection designed by Cem Cinar in Paris January 16th. The collection merges the two cultures: New York and Paris and is produced in Paris and Amsterdam.