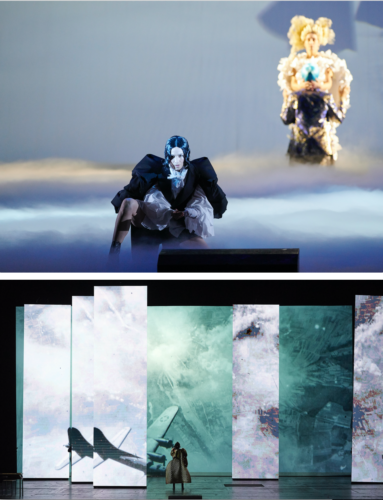 Orlando is Virginia Woolf’s first big literary success. The central theme of the novel is the interlocking of gender identity, love and artistic creativity. Personal and social realities are crafted in a poetic and cunning way.

The original story ends in 1928 this exploration of time and gender continues right up to the year 2019. It is an opera in 19 scenes.

The costumes are designed by Rei Kawakubo, the founder of Comme des Garcons. The world premiere itself will mark the third act of the project “transformation and liberation”, inspired by Orlando: the first act was a presentation of first ideas at Paris Fashion Week in June 2019, the second act has been a presentation of the ORLANDO collection by Comme des Garcons at Paris Fashion Week in September 2019.

The world premiere of Orlando on Sunday, December 8 will be broadcast live on Radio 01 (+EBU)

The performance on December 18 will be braodcast in HD worldwide via WIENER STAATSOPER live at home (www.staatsoperlive.com)