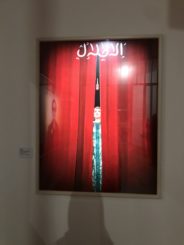 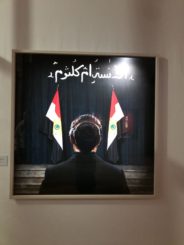 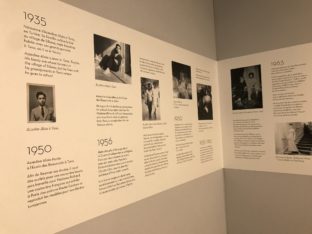 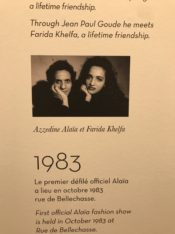 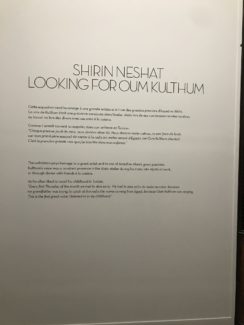 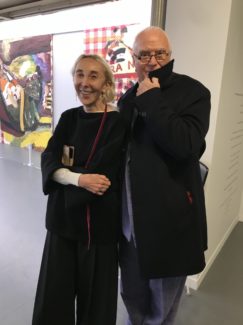 It is Paris Photo Week and the Association Azzedine Alaia presents an exhibition of one of my favourite artists, Shirin Neshat. She is an artist, a filmmaker and a photographer with work that reflects the complexity of Islamic society and culture. Her new work is inspired by the homonymous movie : Looking for Oum Kulthum” unveiled at the Venice Film Festival in 2017.

“Looking for Oum Kulthum” relates the story of Mitra, an Iranian-born director living in exile who dreams of making a film dedicated to the legendary Egyptian singer Oum Kulthum. This morning when my post letting you know of this exhibition reached Sonny Vandevelde in Sydney he said, and I believe it to be true, that the only thing that unites all Arabs is the voice of the legendary Oum Kulthum. She is cherished all over the Arab world, the untouchable and controversial figure of Oum Kulthum, the extraordinary singer, political activist, and independent woman in a conservative society- and the powerful fascination she exerts on the public – are the points of departure behind Neshat’s new series of eight photographs inspired by Egyptian movie posters and two videos. Do not leave the exhibition without watching the two films.

The video, “Remembrance” (08:33) is set in a dreamlike atmosphere showing a boy led into a space-time labyrinth by the singer’s voice. The young man’s shifting point of view reveals the many facets of Kulthum – her private and melancholic side, her strong presence, and her deep desire for freedom.

In the video “In Trance” (09:43) the focus is on the mystical power of her music which is still capable of hypnotizing listeners. This reflection on the ecastatic experience linked to Kulthum’s voice, while revealing the fragility and uncertainties of the young singer, who wonders how to approach her audience at an emotional level, begins to emerge.

The exhibition pays homage to a great artist and to one of Azzedine Alaia’s great passions. Kulthum’s voice was a constant presence in the Alaia atelier during him many late nights of work. Be sure also to watch the film on the ground floor with Azzedine singing Kulthum while he is at work in his atelier. Also take a look at the photos and time line of his life.

I cannot encourage you enough to visit this exhibition made possible  thanks to Noirmontartproduction. The exhibition is on until January 5th.