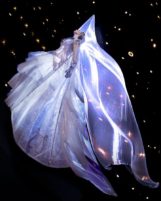 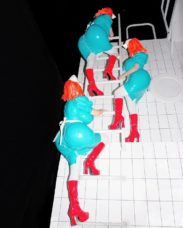 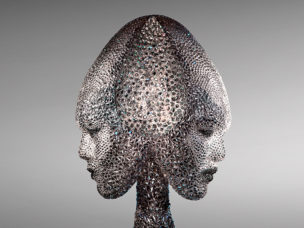 I’ve known Daniel Lismore, considered by Vogue as ‘England’s most outrageous dresser’,  since he was 19. Since then his career has exploaded. You might enjoy his Ted Talk  and his book available on Amazon: Be Yourself Everyone else is already taken.

He does not like to present himself as a performer but rather as a living work of art.  He is a sculptor and a maximalist. He is the Circuit Ambassador at Tate and the Global Ambassador at Graduate Fashion Week and Project Manager at Vivienne Westwood Activist Campaigns.

You can see the costumes that he has designed for Harrison Birtwistle’s iconic masterpiece retelling the Orpheus myth in a non-linear narrative, as the opera’s leading characters appear in three distinct guises. The Opera has two more performances the 7th and the 13th November at London Coliseum St Martin’s Lane London.

The Mask of Orpheus, has  a liberetto by Peter Zinovieff, and is scored for massive orchestral forces, which builds into a three dimensional picture that leads us from inconsolable grief to acceptance and transformation.

ENO Artistic Consultant Daniel Kramer’s staging is his first in 30 years and he is joined by conductor and ENO Music Director Martyn Brabbins.

All photos by Vidar Logi

Supported by Linda Christmas, Cockayne – Grants for the Arts, and a syndicate of donors
Crystals provided exclusively by Swarovski “Be Yourself everyone else is already taken ” – Daniel Lismore exhibition opens at Stary Browar in November at the Gallery at the Courtyard, Stary Browar, Poznan November 5th at 7 p m.