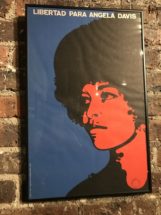 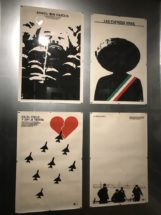 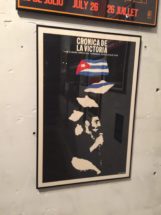 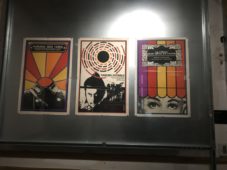 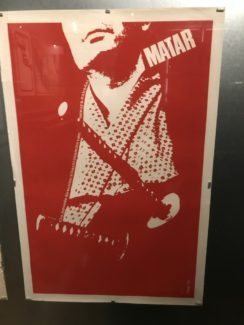 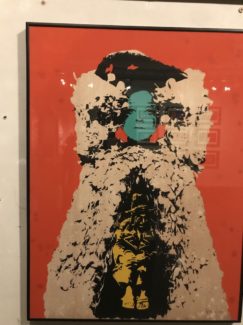 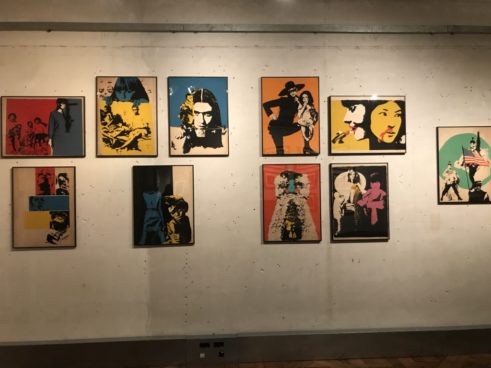 MAD explores the golden age of Cuban poster design 60 years after the end of the Cuban Revolution spanning the 60’s and the 70’s. Cuban posters, revolution and cinema explores graphic design through 300 posters most of which come from the museum’s collection.

Until 1959 posters were primarily commercial, encouraging the consumption of imported products and following the aesthetic example set by American advertising. At the Revolution’s close in 1959, Che Guevara-appointed Minister of Industry- banned commercial advertising and posters consequently started reflecting the politics and culture of the era.

Cuban political posters found their inspiration in the historic events of the Revolution and feature its heroic figures with subjects such as: Fidel Castro’s first attempt to overthrow General Fulgencio Batista with the attack on the Moncada Barracks in Santiago de Cuba in 1953; the establishment of the revolutionary “26 July Movement”; the comrades in arms of the Guerrilla campaign with the figures of Che and Camilo Cienfuegos; the capture of Havana and power by the Guerrilla forces in 1959; and the invasion of the Bay of Pigs by the USA in reaction to Cuba’s strengthening ties with the USSR.

Cultural posters, on the other hand, were almost exclusively linked to cinema, an industry that played an integral part in Cuba’s history. In 1943 there were 422 cinemas across the country. Fidel Castro designated film the “seventh art,” claiming it as one of the principle tools for educating the people and implementing his cultural policies.

Poster artists started drawing inspiration from contemporary art movements including pop, psychedelic and kinetic art. Fidel Castro advocated total freedom of form, seeing the poster as a “large-format visual manifestation within reach of the people who frequent neither museums nor galleries.”

As you travel through the different rooms you are chronologically introduced to Cuba’s history contextualising the major events that inspired the artists of the revolutionary period.