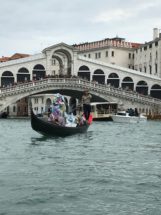 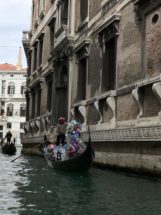 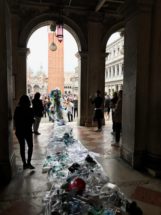 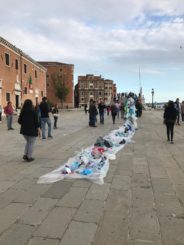 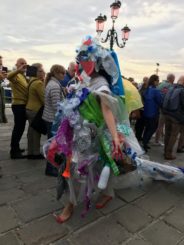 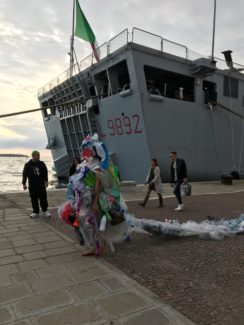 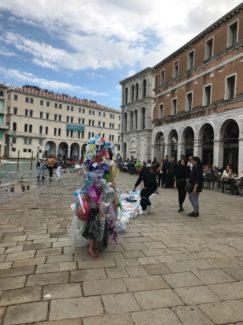 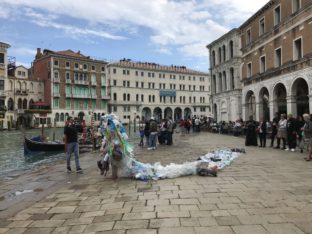 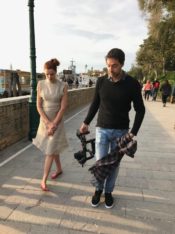 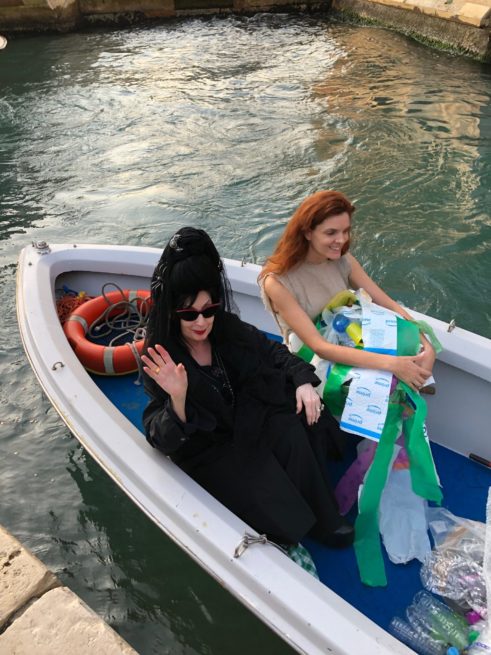 I just came back from Venice where I witnessed the performance of Alexandra Mas. In collaboration with 3 MBA students from IFA Paris a dress was created from all of the plastic Alexandra personally used over a period of four months.  Alexandra walked more than 9 kilometres through the crowds in Venice. Along with the burlap dress created for her by the students she wore a mask that was made for the performance by the master mask maker, Sergio Boldrin of La Bottega dei Mascareri. At the end of the performance Alexandra took off the dress and the mask and instead of us walking back to San Marco, Alexandra, the dress and I took a speed boat back.

The Art Direction was by Alexandra Mas and the film was directed by Marco Tassini.