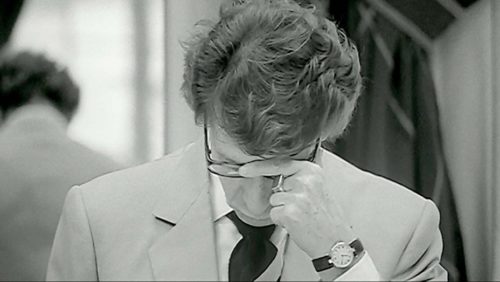 Courtesy of Kim Stim Yves Saint Laurent in a scene from “Celebration.”

Nadja Sayej interviews the director Olivier Meyrou about the documentary, not very flattering, of Yves Saint Laurent. Pierre Berge sued to have the film suppressed and succeeded for over a decade. Now the film is out. Read Nadja’s review in the Hollywood Reporter.