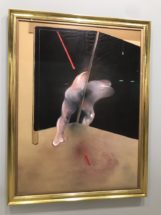 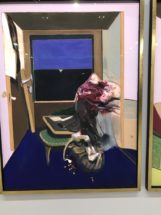 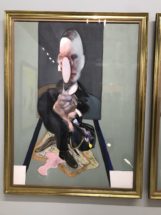 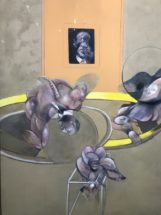 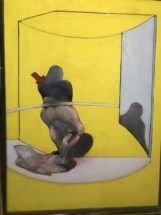 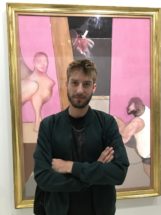 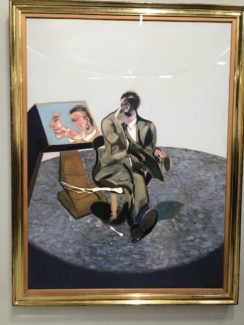 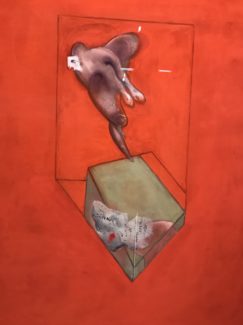 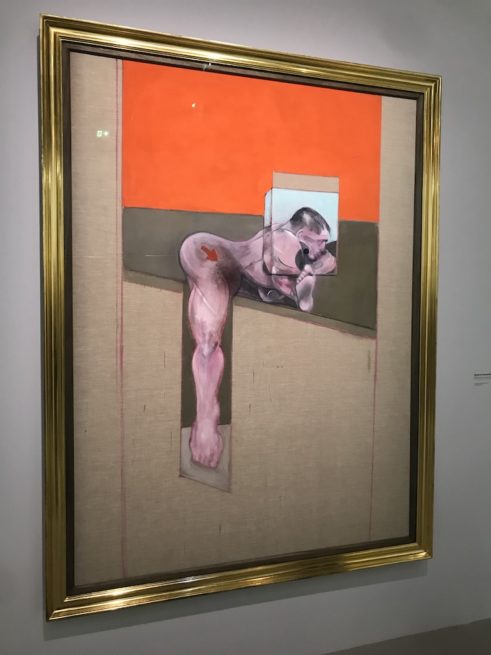 The exhibition presents paintings by Francis Bacon produced between 1971-1992 in relation to six poetic, literary and philosophical texts taken from books in Bacon’s library. Although Bacon always contested any literary or narrative interpretation of his work, the wealth of books in his collection which included over 1,000 items, reveals his interest in the written word. “Great poets are incredible triggers of images, their words are essential to me, they stimulate me, they open the doors of my imagination.”

Six rooms in the exhibition play readings of texts whose atmosphere and the images they conjure up, influenced Bacon’s conception of his paintings.

From the philosophy of Nietzsche to the tragedies of Aeschylus, from the poetry of T.S. Eliot to the novels of Conrad, the writings of Leiris and Bataille, Bacon was interested in authors who shared an implacably realist conception of the world, demonstrating a compatibility of contradictory principles.

The paintings focus on the last 20 years of his life, the exhibition highlights the stylistic change that took place in his work after his retrospective exhibition at the Grand Palais in Paris in 1971.