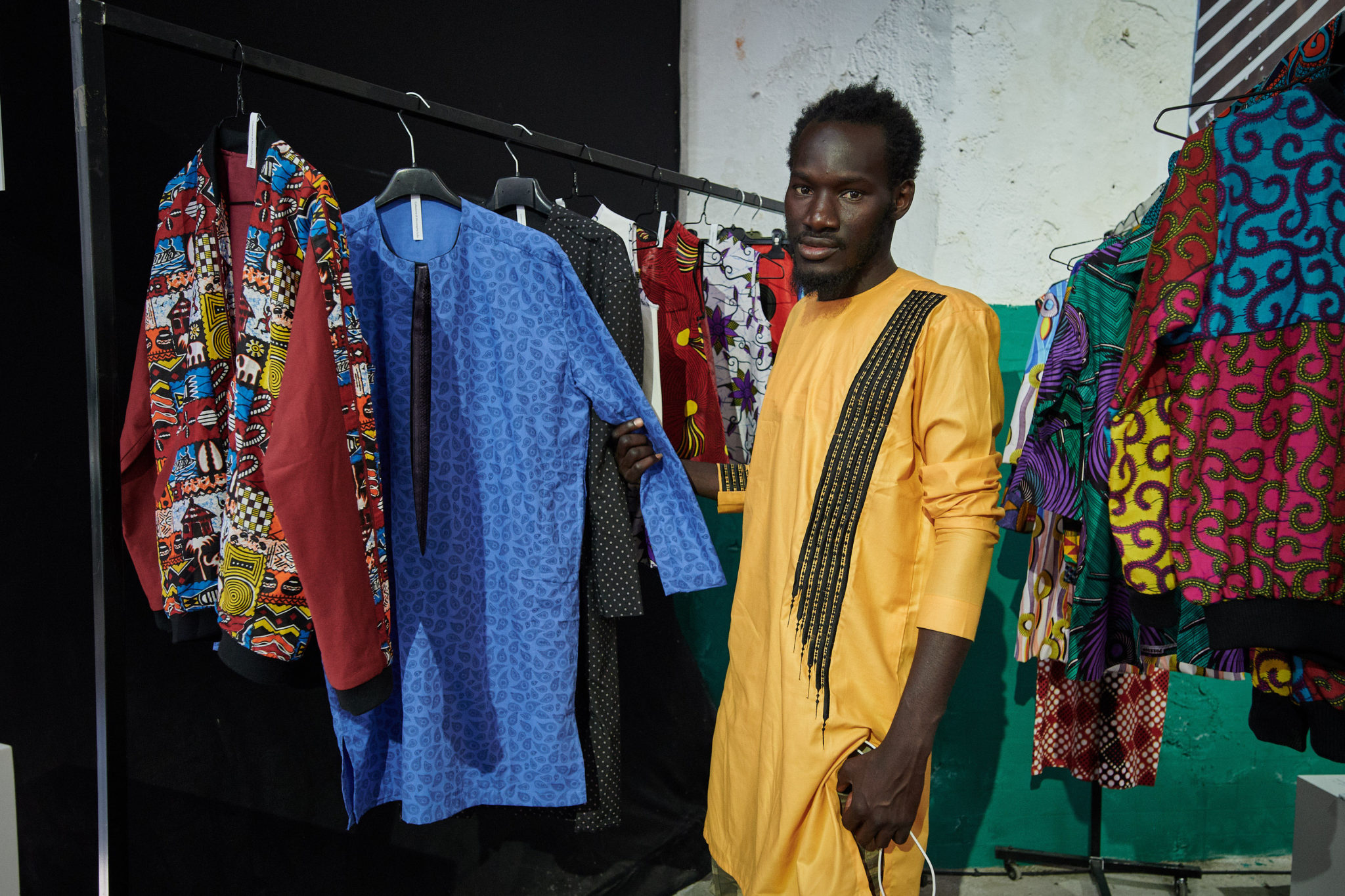 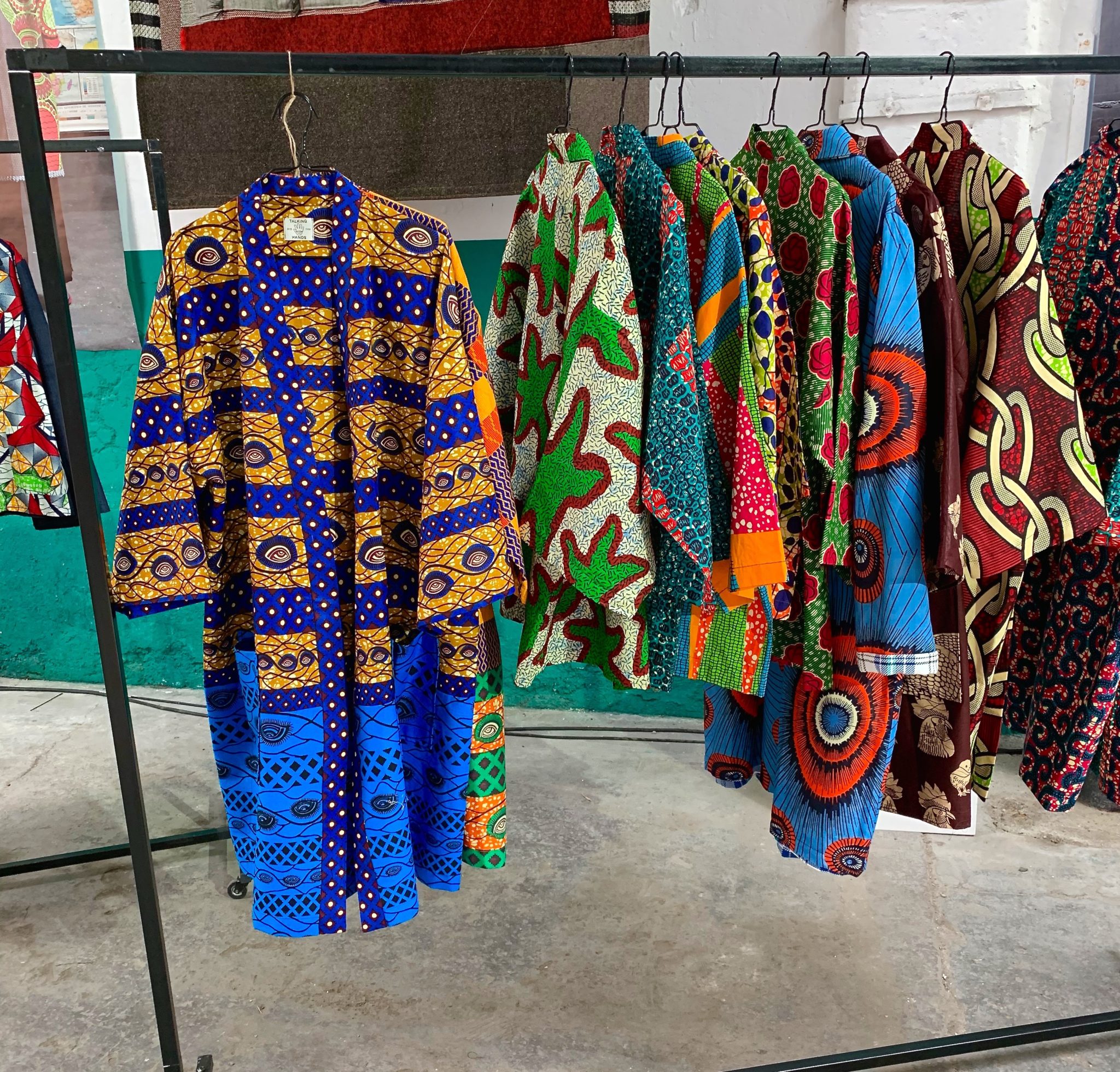 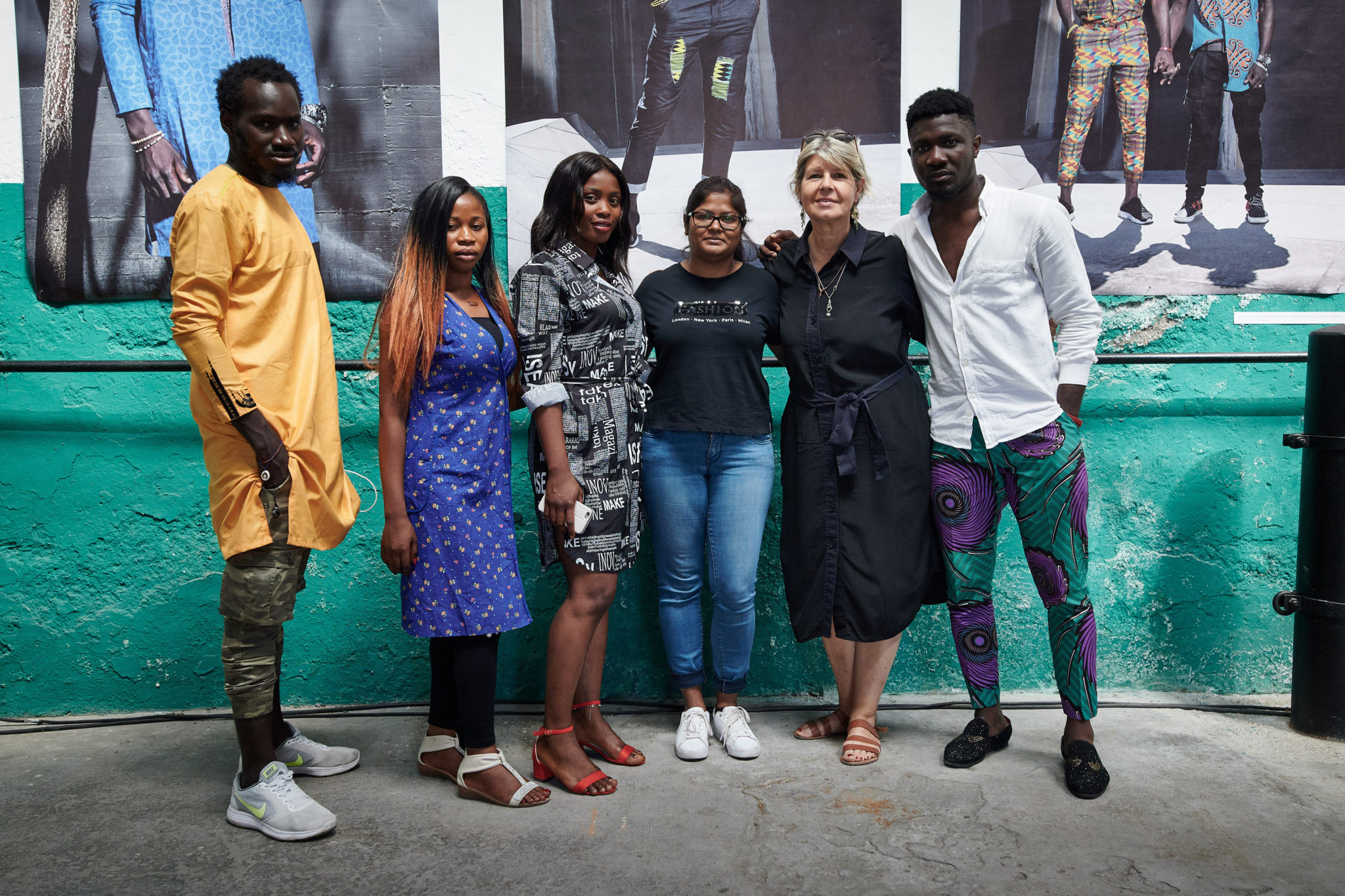 My friend Carly likes to say “Immigrants bring beauty!” And indeed, one of the reasons I moved to New York 32 years ago is because of the city’s ridiculously diverse mix of people from other nations, from the Puerto Ricans and Dominicans in my Alphabet City ‘hood, to the Chinese of Chinatown and Flushing, to the Indians, Africans and Middle Easterners across Manhattan, Brooklyn and Queens. (In point of fact, NY’s borough of Queens is the most ethnically diverse urban area in the world.)

Tragically, as I type this, the Trump Administration via ICE is engaged in aggressive deportation raids in my city and across the country, as untold numbers of illegal immigrants are being apprehended. (Immigrant advocates are also denouncing a legacy of the former administration: Barack Obama deported more illegal immigrants than any other president in U.S. history.)

A variety of problems, from war to poverty to persecution, have contributed to Europe’s immigrant crisis—and Italy’s woes make the daily news, thanks to the repugnant anti-immigration policies of the country’s Five Star Party. A moment of hope and optimism around this crisis was presented in Rome at the summer edition of A.I. Artisanal Intelligence, “The Shape of the Water.” Curators Clara Tosi Pamphili and Alessio de’ Navasques worked with Nation25, an open platform founded in 2015 by Elena Abbiatici, Sara Alberani and Caterina Pecchioli, to bring together a selection of immigrant-created designs.

“The project has the intention of giving voice to the migrant people, through various artistic initiatives,” says Pamphili.  Along with Nation25, A.I. also worked closely with the initiative B&W Black & White the migrant trend, who exhibited work by migrants at Rome’s Macro Museum, curated by Nation25. “A fundamental part of the study is the attentive observation of the creative and unique way that migrant people dress,” says Caterina Pecchioli, the artistic director of B&W Black & White. “A style that each time finds personal and individual choices has the constant possibility of telling the history of the world—of its commercial exchanges, of the colonial and mediatic powers, of its myths.”

During the two-day exhibition, we met migrants from African countries and Pakistan who have honed their skills to create beautiful clothing. Many of the migrants live in Italy’s detention camps (centered in Treviso) in the evening, while spending their days searching for fabrics in the Piazza Vittorio—the Roman neighborhood known for its migrant populations—and designing clothes. 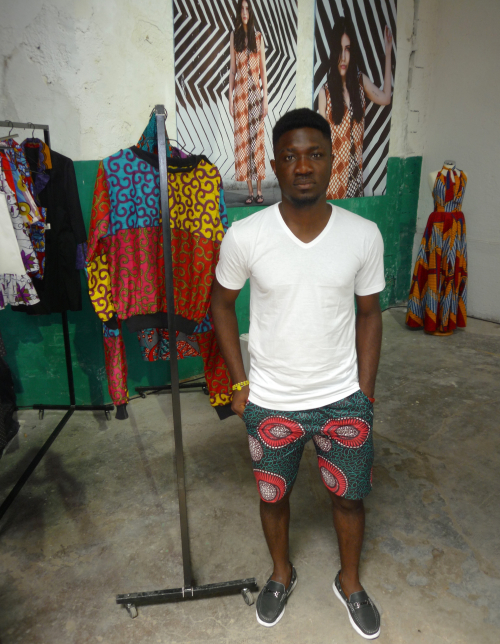 Nosakhare Ekhator of the Nosa collection. 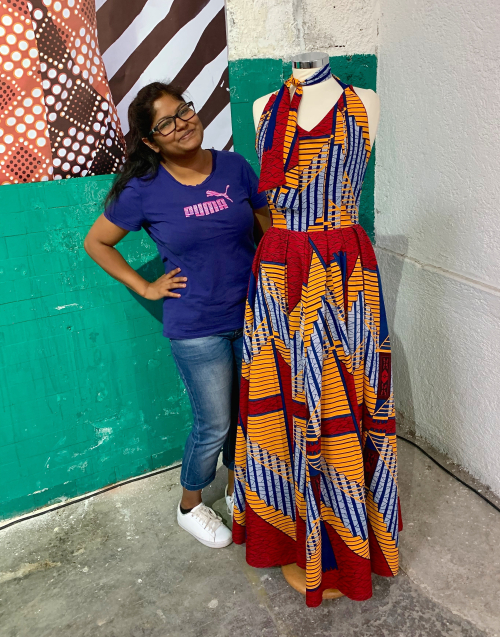 A refugee from Pakistan, Hina John is the coordinator of Atelier Trame Libere. A group of tailors and artists from migrant communities, the collective aspires to affirm itself as a self-sufficient woman’s company. 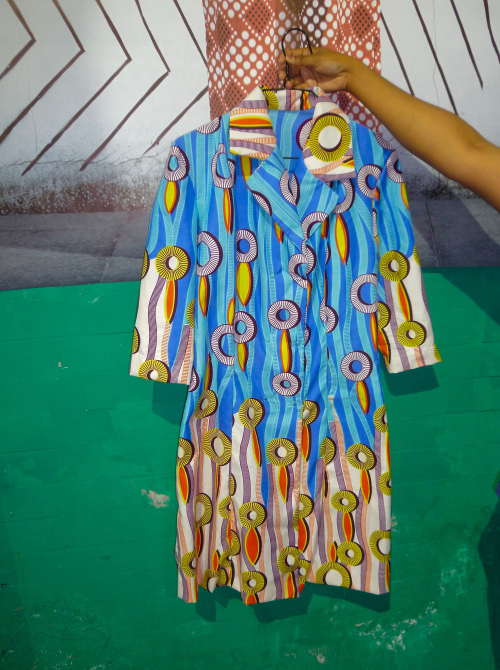 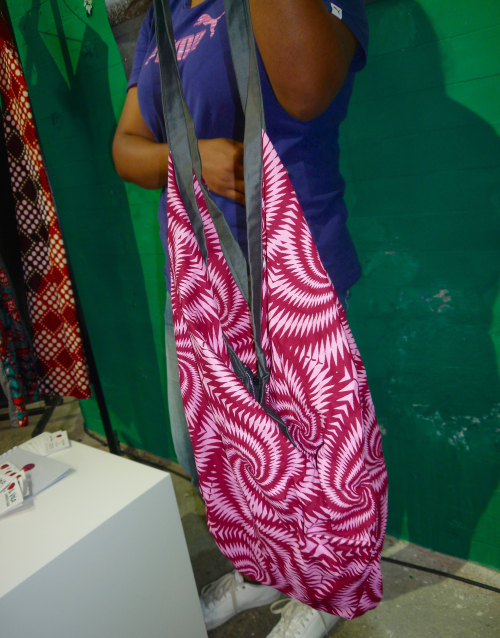 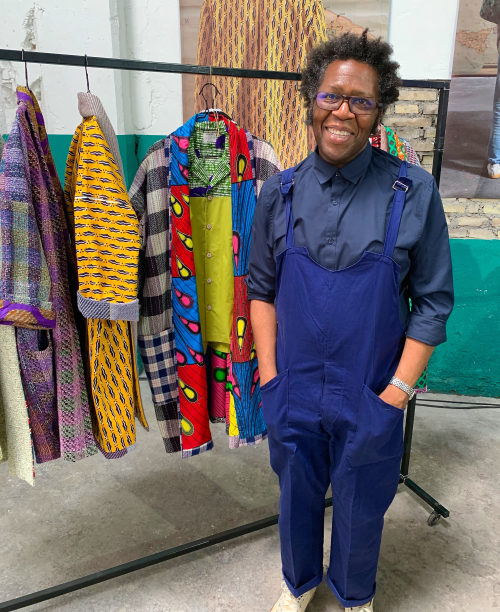 It was a delight chatting with Londoner Anthony Knight (who is a fashion professor at Iuav University in Venice) about the project he collaborates with, Talking Hands. Knight, who humbly refers to himself as a pattern maker, works with migrants from Gambia and Senegal. Originally the migrants were making rudimentary clothing to sell on the street for survival—but with the help of Knight’s patterns and wax print fabrics from Treviso, their more recent creations are now luxury fashion pieces.

Talking Hands is a “design and social innovation laboratory” in Caserma Piave, a former army barracks in Treviso, not far from the area’s migrant camps. Talking Hands provides asylum seekers with skills and the possibility to work, while engaging the local community and companies. The possibility to work is, happily, a very real one. “We are about to lose one of our designers from Senegal to a big fashion brand,” Knight tells me.

Talking Hands is managed by 25 refugees and asylum seekers. They produce furniture, accessories and fashion items using the local supply chain—the aforementioned wax fabrics are from the prestigious Lanificio Paoletti, a textile manufacturer founded in 1795 that works with big fashion houses. 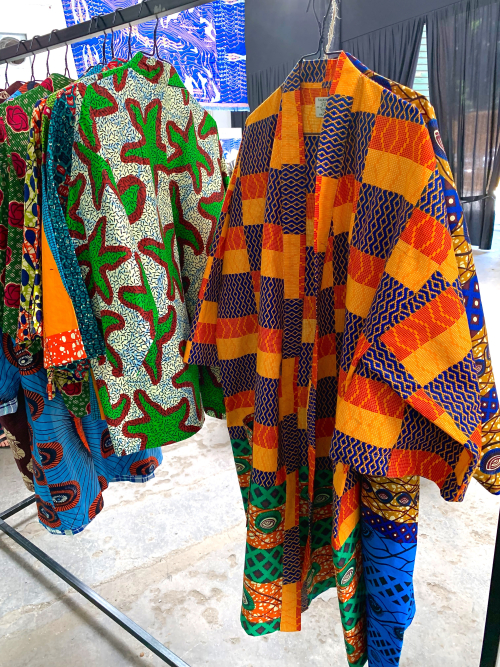 Immigrants’ stories have the constant possibility of telling the history of the world—of its commercial exchanges, of colonial and mediatic powers, of its myths. 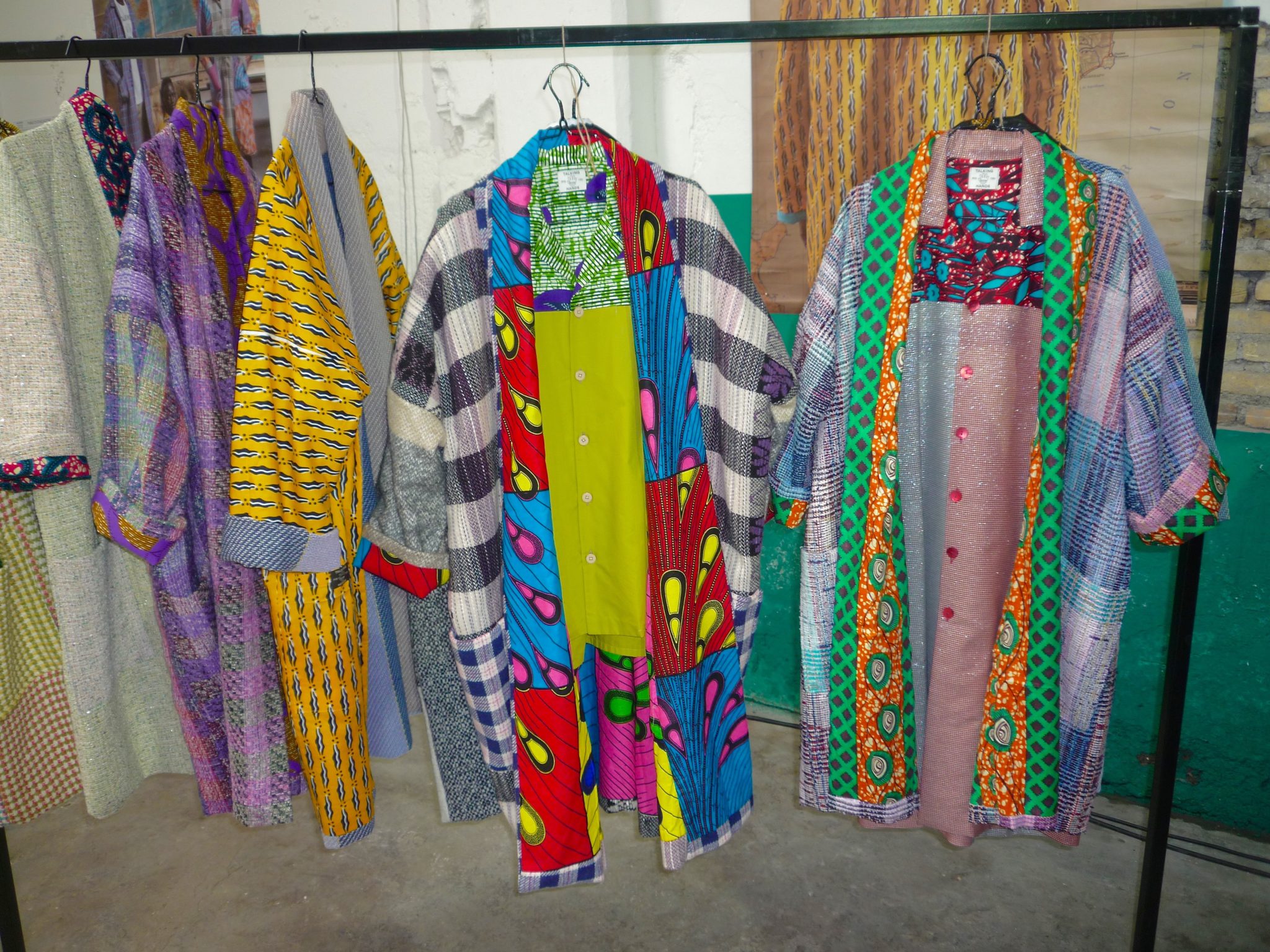 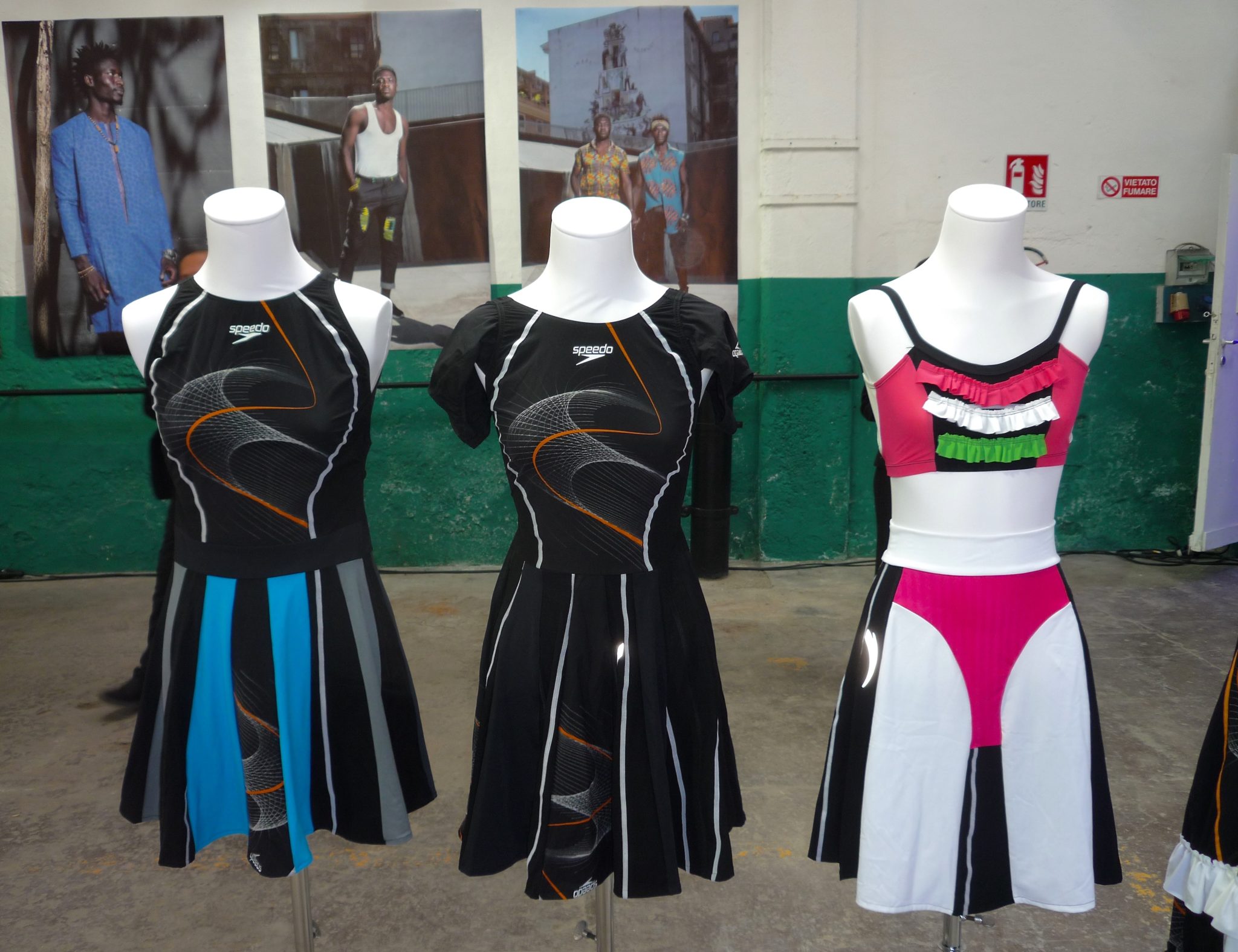 This edition of A.I. also focused on sustainability with From Somewhere by Orsola de Castro. These pieces use pre-consumer workshop waste from the brand Speedo. The pieces are sold through exclusive partnerships with Selfridges, Yoox and Asos. 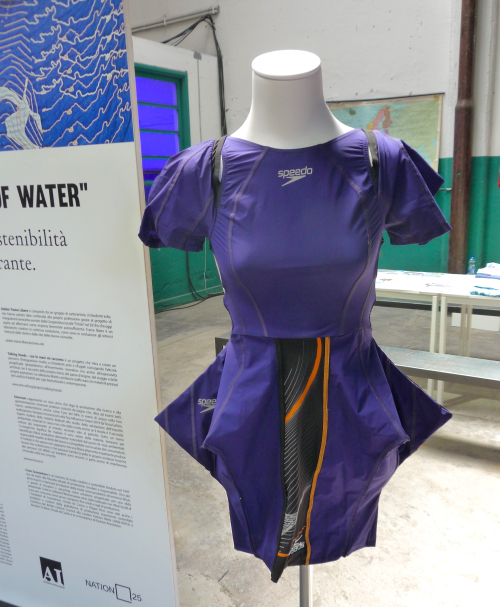 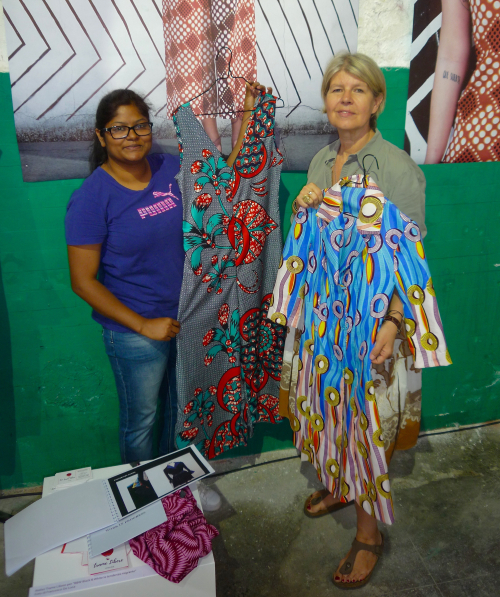 Atelier Trame Libere coordinator Hina John with A.I. curator Clara Tosi Pamphili. “The name of this edition, ‘The Shape of the Water,’ is understood as an element of transformation and metamorphosis, in perennial evolution and renewal,” explains Pamphili. “In its continuous flow it is a symbol of rebirth and purity—as well as of the link between man and planet—which makes clear the need, increasingly urgent, to live in a responsible way.” Cultural appropriation? Cultural appreciation! The gals from the House of Balestra have found their new look. The tapestry behind them is by Greek artists Ioannis Kaliopoulos and Paola Palavidi, made during their residency at Lanificio Paoletti, presented at A.I. by Talking Hands. 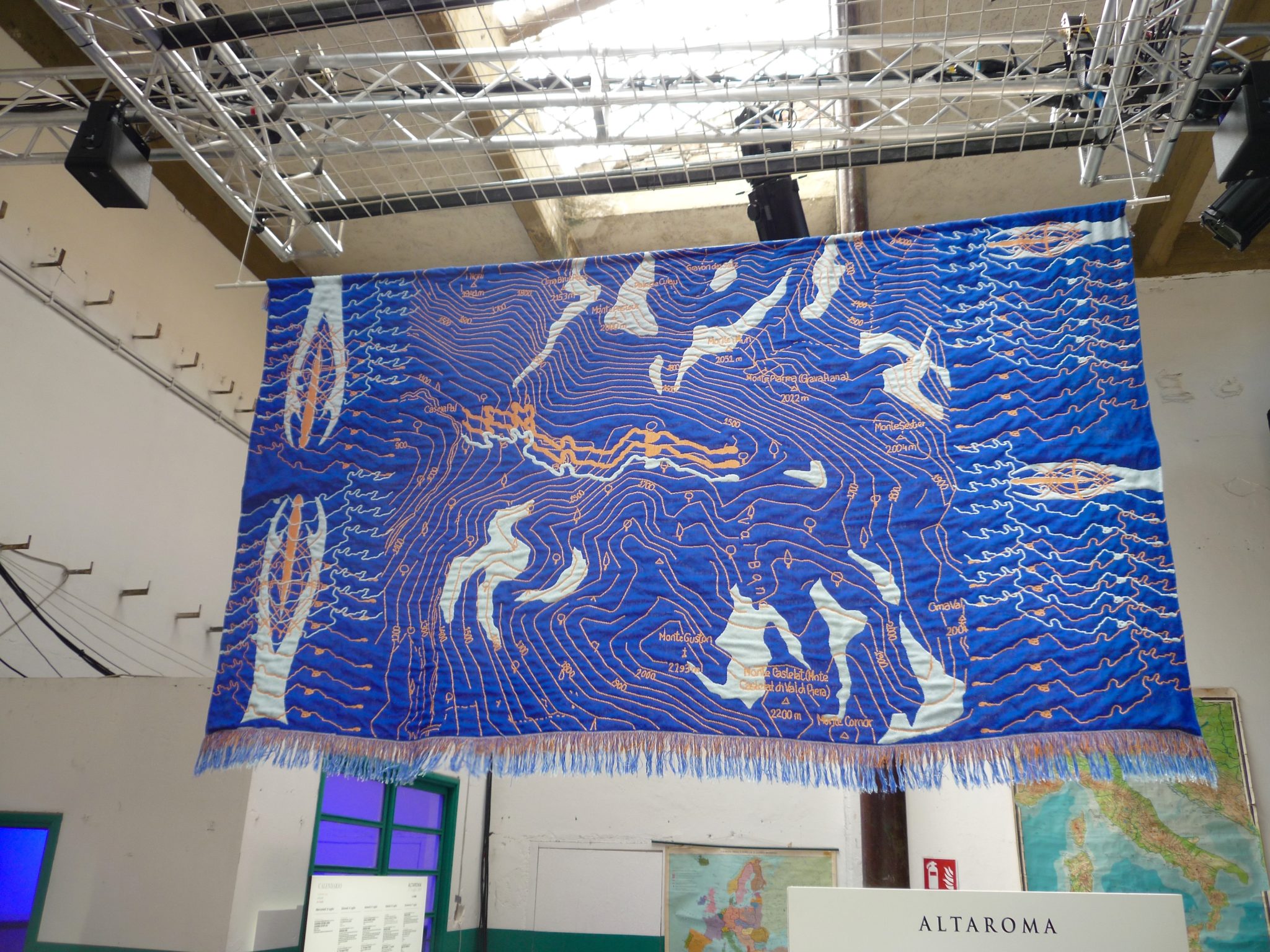 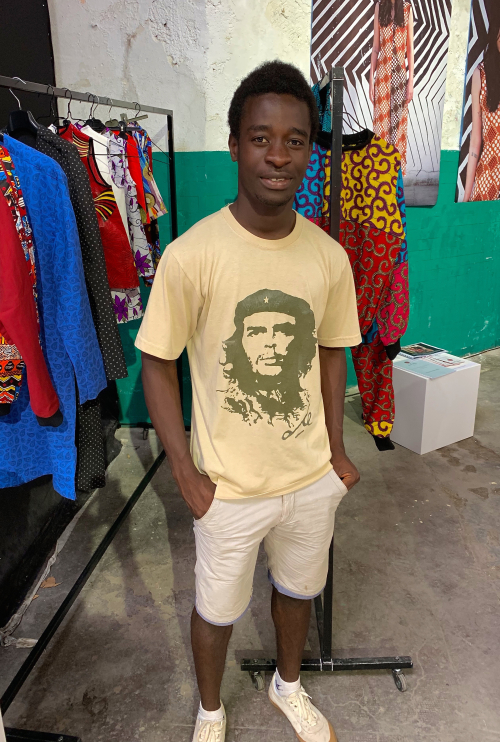