This was my first time attending the International Young Designers Contest in Kyiv as a jury member and the experience was an enriching and emotional one. Now in its second edition, the Contest has already established itself as one of the largest and most directional fashion events promoting new talent from Eastern and Central Europe. Organized by the Ukrainian Fashion Council and Istituto Europeo di Design, the International Young Designers Contest rewards one collection whose originality, creativity and craftsmanship stand out. This year, Ukrainian designer Anastasia Padalka walked away with the prestigious Grand Prix worth $10,000, including a grant for developing her brand, as well as a course in one of the programs offered by IED. Coming to terms with her own traumatic experience of violence and physical assault, Padalka used fashion as a therapeutic tool, turning her feelings of fear, diminishment and anger into beautiful clothes. Her dresses were ethereal, poetic and painstakingly embellished, while her tailoring displayed sharp lines and an understanding of volume. Padalka captivated the attention of the jury with her powerful presentation and her background as an artist also gave her a unique perspective. She will be back on the runway in September to present her first collection within the packed schedule of Ukrainian Fashion Week. 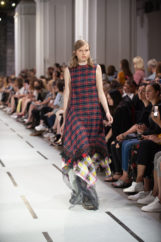 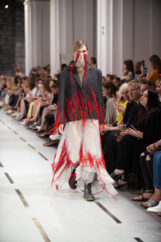 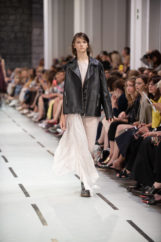 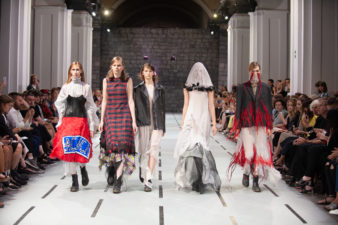