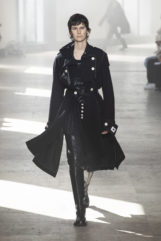 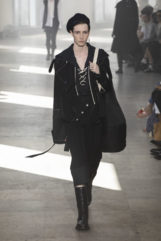 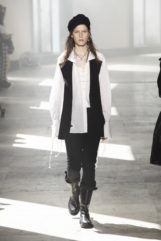 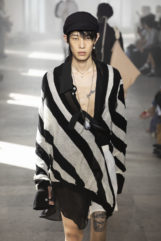 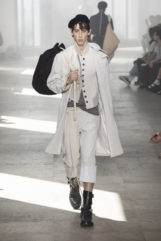 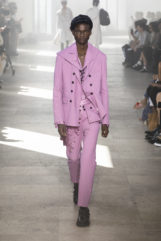 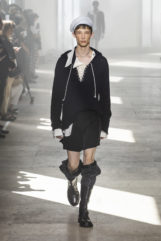 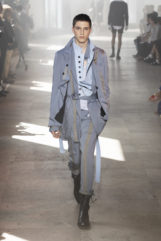 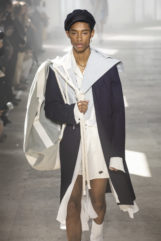 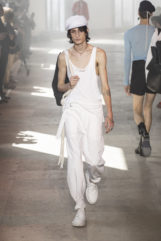 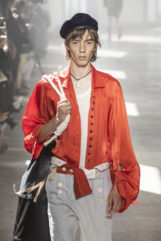 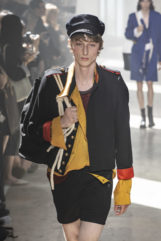 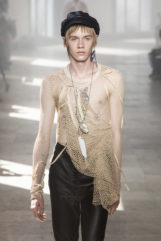 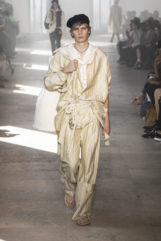 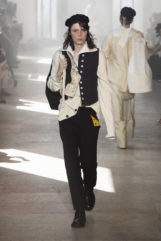 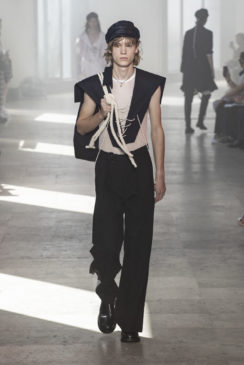 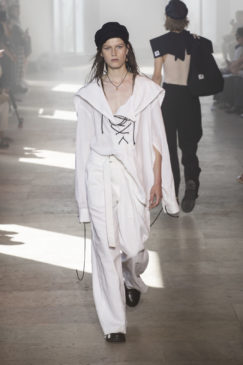 One of the strongest Ann Demeulemeester collections since Ann left the brand. Between the poetic sailors and Jean Genet’s novel it was impossible not to think of Rainer Werner Fassbinder’s Querelle a story by Genet that took place in a French bordello where a young sailor meets a murderer who also is his supposed brother. I say bravo Sebastien Meunier.