Observe, isolate, accuse and sequester are the attack procedures that Aguirre Schwarz,  applies to the body, frame, face or logo. 20 years after his first feats of arms, Aguirre relishes the color red. Combining the most easily recognizable shapes and colors of Coca Cola: characteristic bright red, oblong line, Spencerian typography, with the faces of heroines from Psycho (Alfred Hitchcock, 1960 / Gus Van Sant 1998), Aguirre returns to the practices known as endorsement and misappropriation. 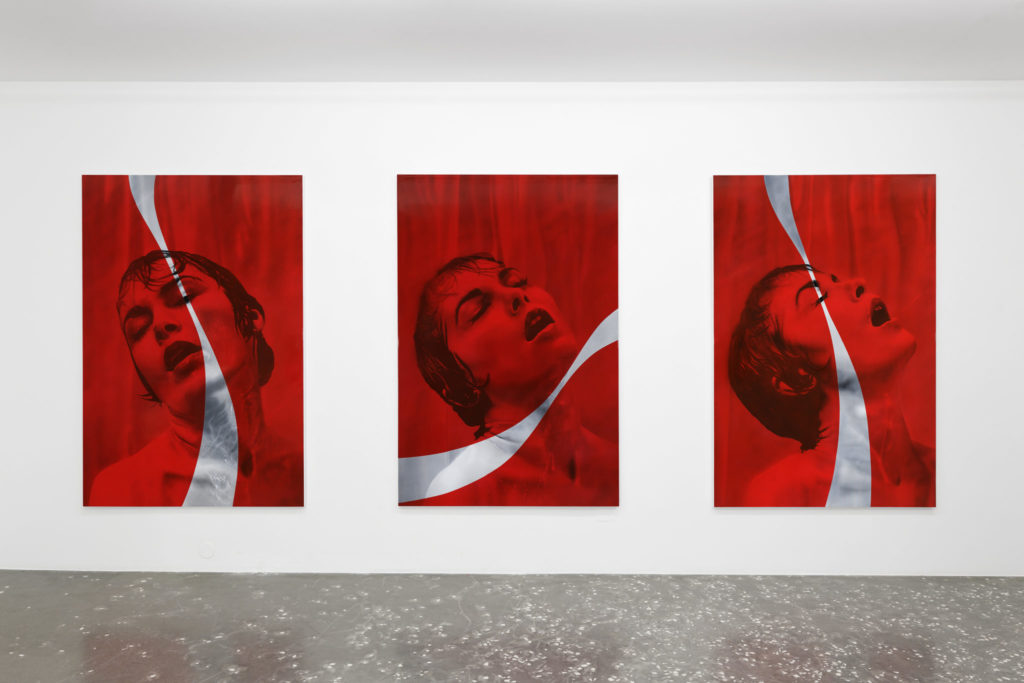 Endorsement because of the association of a star or a recognizable face to a brand is a technique developed by J. Walter Thompson (JWT), the first advertising agency to offer the services of a celebrity to sell a low-priced soap (Lux). Misappropriation because recycling of prefabricated material, or according to the adage of the situationists, “the reuse of slogans, prefabricated images to create a different message, sometimes opposed to the original message.” A technique previously used by the artist, like in 2001 when he used red dots to execute the pupils of the eyes of the models of a United Colors of Benetton advertisement signed Oliviero Toscani and whose misappropriated poster was to be photographed by Jean Baudrillard. The misappropriation of a misappropriation. 5 years later, he began annihilating the logos of the largest firms on the planet, leaving streaks of paint under the Nike comma or the thick and thin Coca Cola font. His parasitic actions are as much a part of the guerrilla art of the 90’s (e-toys, Ubermorgen) as of the post-graffiti culture. 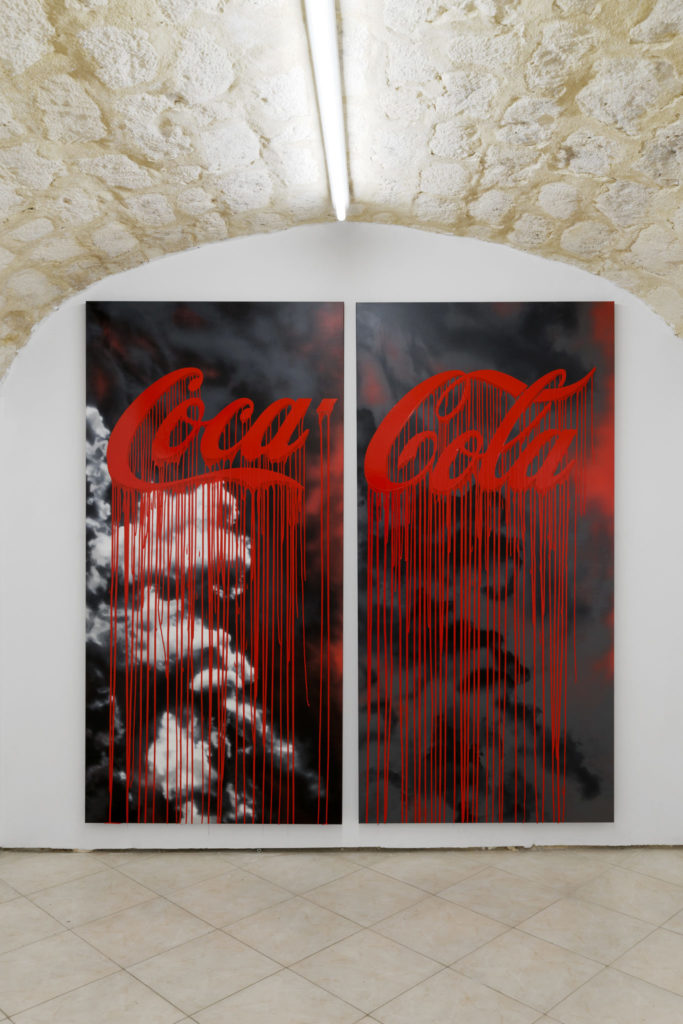 In his present exhibition, his two modes of action are thus combined: the Hitchcockian blonde played respectively by Janet Leigh (1960) and Anne Heche in the remake of Gus Van Sant (Psycho, 1998) is applied to the misappropriated visual corpus of the famous Atlanta firm. And that glorifies the smell of blood: Coca Cola loses in vitality and refreshing advertising energy what it gains in Hitchcockian perversity. Is not this energy drink, a distant cousin of Mariani wine, one of the best-established enterprises in the world? A Usual-Suspect whose bottles proliferate like weapons of war, disseminated by the sugar and by images. The pinup ads that adorned its bottle were also on the front fuselage of the US Navy’s bombers (Nose-Art). 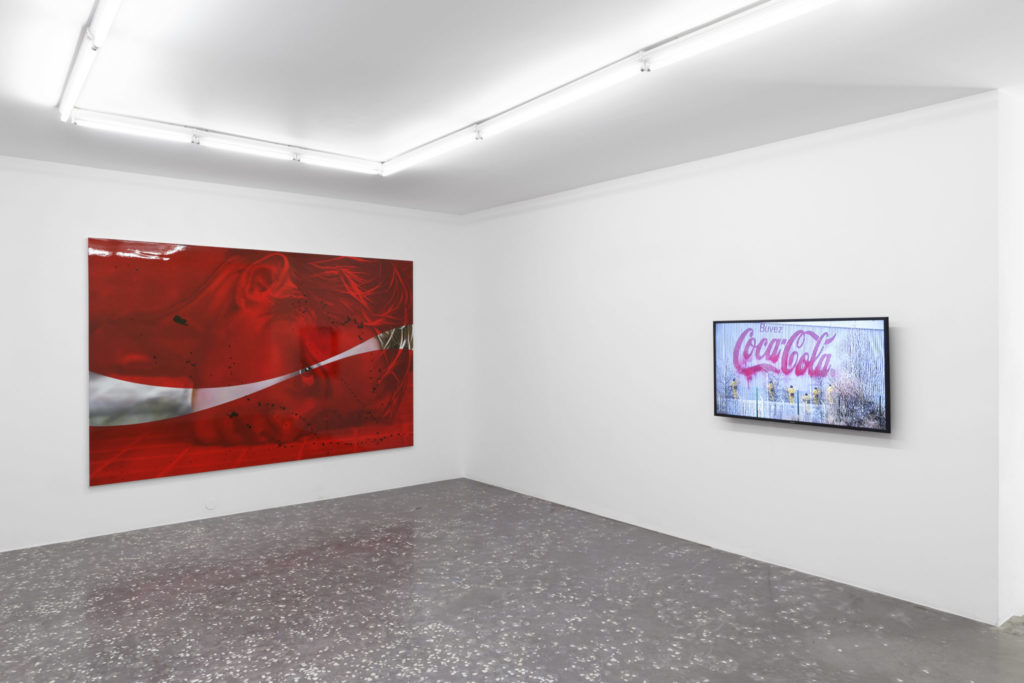 By analogy, Hitchcock developed his Hollywood roots by introducing archetypal blondes who, after Grace Kelly in To Catch a Thief (1955) and Kim Novak in Vertigo (1958), found its ultimate incarnation in the character of Marion Crane (Janet Leigh in Psycho, 1960). Cold and corruptible, versatile and manipulative, she remains at the center of an imaginary worldwide fetishist, outrageously instrumentalized in the service of the libidinal economy. Desire, fear, excitement and terror become shared currencies, commodities announcing the current era of the capitalization of the affective domain. Images from related fields: advertising, cinematographic, agri-food and priapic, serve the interests of liquid merchandise. As the critic Pauline Kael said: sex and violence ensure success. Kiss Kiss Bang Bang !! …

EXHIBITION IS OPEN UNTIL JULY 20TH